The news that Veterans Administration facilities in Arizona were allegedly falsifying records to hide extensive backlogs in patient care has roiled both Democrats and Republicans in Washington. If the allegations are proven, this would be a monumental abdication of the government’s obligations to the men and women who have sacrificed so much for their country. 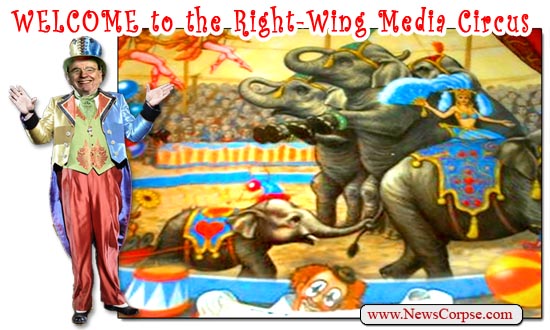 Unfortunately, partisan politicians and pundits have sunk to the depths where they are most accustomed as they seek to politicize the matter. At the bottom of that list is Fox News where reporting has consumed much of the airtime they had previously reserved for their Benghazi frenzy. In the few short weeks that the VA has been in the news Fox has already attempted to assign personal blame for it on President Obama, and Republican alarmists are calling for administration scalps. That’s all before any responsible investigations have been completed that would ascertain the actual causes and the identities of those responsible. It’s straight out of the GOP attack manual: Ready…Shoot…Aim.

However, while Fox News, and the rest of the right-wing media machine, is predictably trying to indict the President for crimes for which they have no supporting evidence, real facts are being dismissed and/or ignored. Foremost among these would include inquiries into the root causes of a health care agency abandoning its primary mission. In that regard, the economic pressures on the agency would be most relevant. So let’s take a look at the recent congressional budget battles that show Republicans aggressively cutting veterans benefits and funds for the VA:

2/12/2007: The Bush administration’s budget assumes cuts to funding for veterans’ health care two years from now — even as badly wounded troops returning from Iraq could overwhelm the system.

03/21/2012: If enacted, the Ryan GOP budget would cut $11 billion from veterans spending, or 13 percent from what President Obama proposes in his own plan.

02/27/2014: U.S. Senate Republicans blocked legislation on Thursday that would have expanded federal healthcare and education programs for veterans, saying the $24 billion bill would bust the budget. […] For example, it called for 27 new medical facilities to help a healthcare system that is strained by veterans of the Iraq and Afghanistan wars.

Needless to say, these funds would have gone a long way to serving the growing veterans community. Instead, the efforts on the part of the GOP to facilitate their top legislative agenda – deficit reduction – clearly weigh on the ability of the VA to perform its core mission. And the Republicans obsession with debt far outstrips their commitment to veterans, or any other financially-challenged constituency. The same priorities were in effect when Republicans led the nation into the devastating budget sequester and the government shutdown last year:

10/10/2013: Politicians love to love veterans, but the military heroes could be suffering some major losses due to the ongoing GOP-led government shutdown.

For the record, the problems at the VA are neither new nor the fault of Democrats. As noted above, it was Republicans who have repeatedly denied scarce funding to the VA. What’s more, the delays and deficiencies have been an ongoing issue dating back at least to the beginning of the Bush administration. Documents acquired through a Freedom of Information Act request reveal that…

“A database of paid claims by the VA since 2001 includes 167 in which the words ‘delay in treatment’ is used in the description. The VA paid out a total of $36.4 million to settle those claims, either voluntarily or as part of a court action.”

For some reason Fox News never complained about any of those delays during the Bush years. Nor have they acknowledged that much of the current stress on the system is due to the surge in new veterans produced by Bush’s wars. There is, of course, no excuse for falsifying records and putting veterans lives risk. However, in order to fully comprehend the problem, all of the contributing factors need to be reviewed. And conservative media is way too devoted to poisoning the public debate with unfounded attacks against the President and his administration, to honestly present a balanced portrait of the situation and the potential solutions.

Consequently, we can expect Fox News to continue to point a bony finger of phony blame at Obama, just as they have been doing with Benghazi, the IRS, the Affordable Care Act, and a multitude of other fake scandals (ObamaCars, ObamaPhones, ObamaGolf, ObamaBirth, etc. ad nauseum). And they will exploit these inanities rather than seek real answers to real problems. Because just like the GOP, Fox is more concerned with their own parochial interests than the welfare of Americans or America.