Donald Trump joined his Coronavirus Task Force for their press briefing on Sunday. He took the podium and began his remarks by saying that “I think we have some great things to talk about.” That’s a bizarre opening for a briefing where medical experts are about to disclose how many more Americans are infected and dead, and how much worse it’s going to get before it gets better. 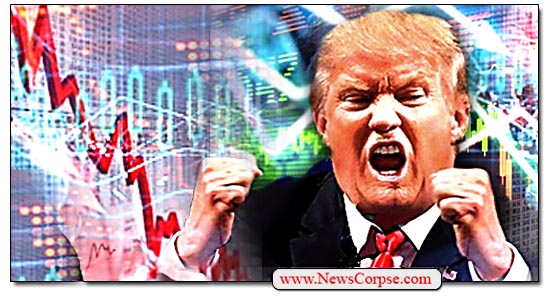 The reason Trump could start off so upbeat is that he wasn’t there to talk about the coronavirus. He immediately launched into the news that the Federal Reserve Board just announced an emergency cut in the interest rate and the intention to purchase up to &700 billion of treasury bonds and mortgage-backed securities (quantitative easing). For much of his presidency, Donald Trump has been railing against the Fed for not being a mindless functionary that obeys his every command (like his incompetent Cabinet and the GOP jellyfish in Congress). What he obviously doesn’t understand is that there is a reason that the FED was designed as an independent agency that is insulated from pressure by the White House. Their objectives are often not aligned. Nevertheless, he was giddy about this rate cut and burst into celebration (video below):

“I’ll start by discussing the Federal Reserve. As you know, it just happened ten minutes ago, but to me, it makes me very happy. And I want to congratulate the Federal Reserve. For starters, they’ve lowered fed rate from what it was, which was 1 to 1.25 and it’s been lowered down to 0 or 0.25. […] That’s really great for our country. It’s something that we’re very happy, I have to say this, I’m very happy.”

Trump has good reason to be happy. Contrary to his thoroughly bogus branding, Trump is failed businessman who has racked up hundreds of millions of dollars in debt, much of it with variable-rate loans. When he took office in 2017 he was the most indebted president in history, owing more than $350 million to Deutsche Bank alone. That debt is expensive to service. But when interest rates go down, so do the costs of servicing debt. Bloomberg reports that prior rate increases “may raise President Donald Trump’s cumulative cost from the U.S. central bank’s hikes since his inauguration to $6 million per year.”

So Trump has a distinct personal financial benefit when interests rates decline. He also seeks a political benefit due to rate cuts artificially (and temporarily) goosing the stock market. That’s something he has been relying on to advance his reelection prospects. He often uses the market as a gauge for the health of the economy. That’s a viewpoint that only someone utterly ignorant about these matters could hold. The performance of the stock market only tells you what institutional investors think about the valuation of equities, which fluctuate independent of the broader economy. The economy, on the other hand, is comprised of many other factors such as consumption, employment, wages, trade, and inflation.

Along with his joyful reception for the rate cut, Trump also made a prediction that “People in the market should be very thrilled.” Maybe not. Shortly after the announcement was made the Dow Jones futures took a dive, forecasting an opening decline of more than 1,000 points on Monday morning. That’s because investors recognize that the Fed’s decision to make this emergency cut is confirmation that there is economic trouble on the horizon. [UPDATE: Trump’s foolish craving for a rate cut and quantitative easing didn’t produce the results he hoped for or predicted. The market opened sharply down Monday, dropping as much 2,500 points]

Trump’s slaphappy elation notwithstanding, professionals understand that rate cuts are a reaction to negative economic conditions. It could mean that we are headed downhill. Home sales, wage stagnation, depressed treasuries, illiquid credit, and the exploding debt, are all indicators that generally forecast a recession or worse. Which explains why futures have cratered in the few hours since the announcement. And little of this has anything to do with COVID-19. These economic realities were in place before the virus began to spread. It was just a trigger and an accelerant.

As usual, the people who would be hurt most by that would be the lower and middle income families whose savings would deplete and whose jobs would disappear. The rich would suffer a decline in their net worth, but would remain rich and well positioned to profit when the economy turns around. That is a built-in inequity in our economic system that advantages the wealthy by design. And Trump is purposefully exploiting it for personal financial and political gain, without the least bit of consideration for the harm it will cause to millions of working Americans. Even worse, he’s celebrating it.

"I'm very happy they did it": Pres. Trump reacts to news that Federal Reserve is slashing interest rates to nearly zero. https://t.co/jViABckhyN pic.twitter.com/VxdytAMjuG

For several months now, Donald Trump has been downplaying the seriousness of the COVID-19 (coronavirus) pandemic. He has said that it would miraculously disappear; that it was just one guy from China; that there was nothing to worry about; and that it was totally under control. The facts, medical experts, and common sense all tell us that none of that is (or was) true. 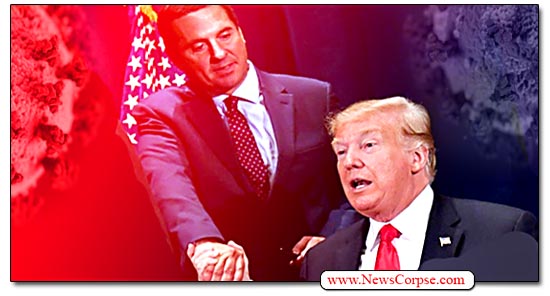 Throughout the same period of time, Fox News has supported Trump’s reckless and self-serving negligence. While most American are taking precautions to avoid infecting themselves and others, Fox News is continuing to promote activities that will not only put people’s lives at risk, it will exacerbate the severity of the health crisis that is sweeping the nation and the world.

Another example of Fox’s irresponsibility was on display during a segment of Maria Bartiromo’s program. She interviewed the utterly corrupt Trump bootlicker, Rep. Devin Nunes, wherein he gave this ill-considered advice to Fox News viewers and the American people:

“I will just say, one of the things you can do — if you’re healthy, you and your family, it’s a great time to just go out, go to a local restaurant — Likely you can get in easily.”

“If you’re healthy, you and your family, it’s a great time to go out and go to a local restaurant, likely you can get in easy. Let’s not hurt the working people in this country…go to your local pub” pic.twitter.com/jXdhOfwe9R

That could not possibly be more ignorant and dangerous at this perilous time for our country. And it is completely contrary to what the healthcare professionals are saying. Even those who are leading Trump’s Coronavirus Task Force like renowned immunologist Dr. Anthony Fauci:

“I think Americans should be prepared that they are going to have to hunker down significantly more than we as a country are doing.”

TODD: Should we expect more closures? Should more Americans be prepared to be hunkering down at their house?

FAUCI: I think Americans should be prepared that they are going to have to hunker down significantly more than we as a country are doing. pic.twitter.com/q9BogxpjqZ

It appears that Nunes and Fox News are deliberately trying to get Americans killed. And they are doing it to advance the political interests of Trump. It has already been observed that his trivialization of this crisis was intended to help his reelection prospects. And these harmful remarks by Nunes come just one day after Fox and Friends co-host Ainsley Earhardt told Fox News viewers that “It’s actually the safest time to fly.”

As if that weren’t enough, Trump himself tweeted this on Sunday morning:

This took place in the Rose Garden, just coming out of a cold Winter! https://t.co/bjHEC9zZkC

So now the President is happily recounting his gathering of sycophants at the White House. Never mind that he is also contradicting the advice by doctors to engage in “social distancing,” something that Trump bizarrely tweeted on Saturday in all-caps.

Furthermore, there is significant risk of contracting the coronavirus by being in close proximity to Trump and his entourage. While he just announced that he tested negative for the virus, his record of rampant, pathological lying causes many people to have reasonable doubts that anything he says is true.

What’s more, it has just been reported that a third person has tested positive for COVID-19 who was a guest at Trump’s Mar-a-Lago resort in Palm Beach, Florida. That means that there are more confirmed cases of coronavirus at Mar-a-Lago than in seven states. Perhaps they should consider shutting it down. And then maybe the White House as well. You can’t be too safe.