Bill O’Reilly: Propaganda Pimp
Bill O’Reilly is man that cannot say the word “left” without appending modifiers like “far,” “ultra,” “committed,” or “looney.” He is a man who is convinced that every critic is a “smear merchant.” And his opponents are never merely disagreeing with him, they are “vile.”

If Washington Ran Hollywood
Politicians are fond of complaining that only they are capable of running the country and that celebrities should keep their mouths shut. It seems impossible that anyone could do worse than politicians have done. But if you think celebrities would run Washington into the ground, just wait till you see what politicians would do to Tinseltown.

Join The Art Insurgency
Every great social movement was fueled in part by the arts – from the Napoleonic era Disasters of War by Goya, to the guerrilla postering of Robbie Conal. The Art Insurgency is latent now, but it is strong and committed. The tools of the artist are truly the weapons that slay tyrants. 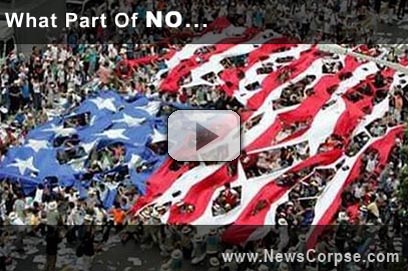 What Part Of NO…
The debate that Congress is attempting to hold has already been held in the rest of the country. Though you wouldn’t know it by the news reports, the American people have made an overwhelming and durable decision that the war in Iraq does not serve the interests of our soldiers, our security, or our country. Vote to STOP the War!

Time’s Person Of The Year?
In 2006, TIME celebrates the World Wide Web as a tool for bringing together the small contributions of millions of people and making them matter. Meanwhile, ignoring the larger contributions that actually do matter. If TIME thinks that the Person of the Year is You, they obviously have never dined with you.

Leave It To Blather
Who would have thought that after 50 years the Cleaver brothers would be looked back upon as media visionaries? But the insight and stark analysis preserved in this video unmistakably marks them as the intellectual peers of Minow, McLuhan, and Colbert.

At Cheney’s, abuse is on the menu 24 hours a day. So tie up the wife, bind and gag the kids and come on down to Cheney’s. Don’t Torture Yourself!

Zombie Dove
They thought it was dead. Its memory was turned into a hackneyed hippie cliche that evoked ridicule and visions of granola-eating, berkenstock-wearing, pot-smoking slackers. But Peace is back. And it’s pissed! No warmonger is safe anymore. Zombie Dove is here to kick the asses of the asses who advocate for war, intolerance, and greed. 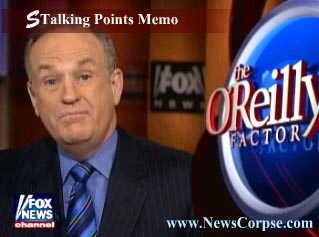 Stalking Points Memos
Stephen Colbert’s “The Word” set the standard for blowhard pundit satire. I just couldn’t help wondering what it would look like to apply the same treatment to the king of blowhard pundits. Visit the growing library of Memos by clicking above.

5 thoughts on “Play At News Corpse”