One of the most peculiar and disturbing elements of Donald Trump’s campaign for president is often dismissed as fanciful meanderings. However, there is abundant evidence of Trump’s entanglements with members of the Russian oligarchy and government. Those relationships include both financial and political dealings that raise serious questions. And now there is new evidence of a connection between Trump and Russian media. 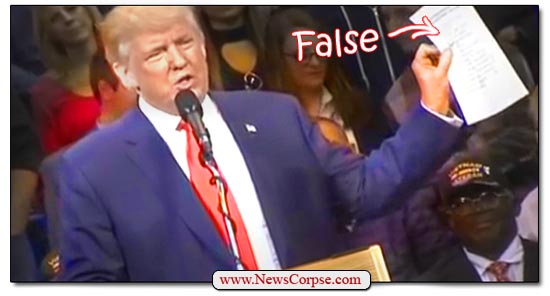 Newsweek’s Kurt Eichenwald has been doing yeoman’s work as an investigative journalist on the Trump beat. He has written well-documented articles uncovering the shady finances that characterize the Trump empire. And now he himself emerges as part of a story that ties Trump to Russian propaganda. At a rally in Pennsylvania (video below), Trump told his glassy-eyed followers that he had found a smoking gun email from Hillary Clinton confidant Sidney Blumenthal. The email, Trump said, contained an admission that the tragedy in Benghazi could have been prevented, but for Clinton’s negligence.

There’s just one small problem. The relevant text in the email was not by Blumenthal. It was actually an out-of-context excerpt from an article by Eichenwald. Blumenthal was merely forwarding the article to Clinton’s team. As it turns out, the Russian-controlled Sputnik news agency had published a bogus story. They misreported Eichenwald’s words as having come from Blumenthal. Upon being advised of the error, Sputnik later deleted the article which had not been published anywhere else.

Here’s where it gets weird. If the article was only published briefly by a news outlet tied to the Russian government, how did Trump get a hold of it? Or, as Eichenwald framed it:

“This is not funny. It is terrifying. The Russians engage in a sloppy disinformation effort and, before the day is out, the Republican nominee for president is standing on a stage reciting the manufactured story as truth. How did this happen? Who in the Trump campaign was feeding him falsehoods straight from the Kremlin?”

Good question. The Sputnik article was only online for a couple of hours before Trump and his people could have gotten it. Sure, that might be long enough for some Breitbart-affiliated, alt-right, fruitcake to have seen it and forwarded it to Trump Tower. However, the timeline is pretty narrow. It suggests that a pathway from Sputnik, or other Russian media, to Trump is pretty well greased.

It’s a relationship that has erupted previously. Such as the time Trump appeared on RT (the Russian-controlled cable network) to badmouth President Obama and Hillary Clinton. In that program he also defended Russia from allegations that they were responsible for hacking Democratic email accounts. Those allegations later became formal charges by the U.S. Department of Homeland Security . Trump also made a public request that Russia continue hacking Democrats in order to find Clinton’s deleted emails, promising that their efforts would be rewarded. And at Sunday’s debate Trump again tried to exonerate his Russian pals. He ridiculously implied that there might not have been any hacking at all. You have to wonder whose side he’s on.

What’s more, long before Trump gave his speech in Pennsylvania, the truth about the deleted Sputnik article was available. Nevertheless, Trump went forward with his rant that repeated everything in the piece that was wrong. Granted, almost everything Trump says is wrong, but in this case the source is a dubious outfit known as a Kremlin mouthpiece. Whether deliberately or otherwise, Trump is acting as a syndicator of propaganda from the Politburo. Even worse, he’s syndicating propaganda that didn’t even meet the standards of the original Russian source who confirmed it was false and deleted it. No worries. It’s still good enough for Trump. That’s just reason #15,784 that Trump is unfit to be President of the United States.

UPDATE: Fox News did a segment on this and actually framed it HONESTLY! Someone check Hell for ice. This may be telling us something about Fox’s analysis of the electoral outcome. 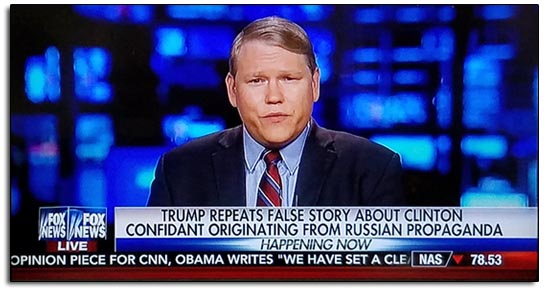