It has been more than a week since election day, and four days since every news network (including Fox News) called the race for Joe Biden. Of course the whiny baby in the White House still refuses to concede or to accept reality. There is so much that the American people won’t miss when Donald Trump is gone. Unfortunately, he has been feverishly tweeting delusional assertions that he is actually the winner. And he’s flooding the courts with frivolous lawsuits that keep getting thrown out for lack of even a sliver of evidence. 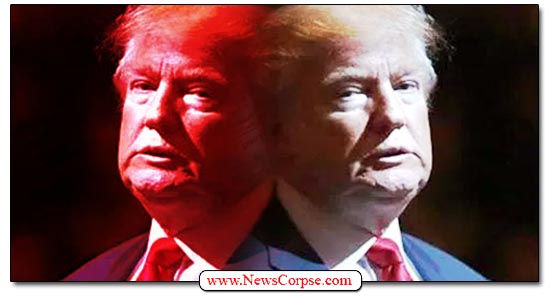 Meanwhile, the Trump-fluffers at Fox News are contradicting the reporting by their own network. Bootlicking sycophants like Sean Hannity, Laura Ingraham, and Tucker Carlson are devoting their programs to Trump’s crackpot conspiracy theorizing that Democrats somehow rigged the election to produce hundreds of thousands of phony votes in at least six states. None of them have offered any proof of the truth for their claims, but then when has Fox News (or Trump) ever relied on truth? That’s one of the reasons that the public regards both Trump and Fox News as losers.

In addition to Fox’s primetime Ministers of Propaganda, the network’s chief media correspondent, Howard Kurtz, is joining the parade of disinformers. He published an op-ed on the Fox News website that lays out an argument that electoral denial is being disseminated by both the Trump and Biden camps equally. It’s a classic case of “both siderism.” However, the absurdity of that position is evident in how pitifully Kurtz backs it up.

Kurtz leads off by asserting that the election isn’t over and that “the world is acting like Joe Biden is the 46th president.” Where on Earth is Kurtz getting the idea that the world is “acting” like Biden won? The world is, in fact, recognizing the legitimacy of the democratic process and the utter absence of any hint of irregularities. But where Kurtz really goes off the rails is in a series of comparisons of comments made about the election’s conclusion. For instance…

“On one side, we have Whoopi Goldberg scolding Trump voters for questioning the election, telling them to ‘suck it up.’ On the other, we have Mike Pompeo dismissing as ‘ridiculous’ a question about the transition, saying: ‘There will be a smooth transition to a second Trump administration.’

Notice that Kurtz is contrasting the opinion of Whoopie Goldberg, a TV talk show host, with an official statement by Pompeo, Trump’s Secretary of State. Because those are basically the same thing, right? Similarly bizarre comparisons were littered throughout his article. He truly seems to regard random pundits as being equal in influence to current White House staffers.

In a couple of particularly egregious examples of misplaced equivalency, Kurtz compared actual actions taken by high level administration officials as comparable to mere commentaries by TV hosts. First he noted that…

“You have the head of the General Services Administration refusing to sign a routine transition order that would allow Biden teams access to federal departments and agencies to start the customary talks with outgoing officials.”

This directive manifestly harms national security by preventing President-Elect Biden from receiving classified briefings, as well denying him access to resources necessary for the transition to proceed. And then there’s this…

“Bill Barr generated headlines when he authorized federal prosecutors to pursue election fraud allegations, breaking with the Justice Department tradition of not getting involved until the results are certified.”

Barr is not just “breaking with the Justice Department tradition.” He’s flagrantly abusing the power of his office for a fishing expedition to find imaginary cases of election fraud. And failing that, he’ll use the attempt to imply fraud where none exists. That will weaponize the Justice Department’s efforts in order for Trump’s media confederates to make empty insinuations.

Both of these extremist, unprecedented assaults on democracy were cited by Kurtz as being essentially identical to the musings of former political aides and television commentators. Apparently Kurtz couldn’t find a single example of someone with similar influence on the Democratic side of these debates to compare with the Trump flunkies. So he settled for these wholly unfair and unbalanced comparisons because he was so intent on a making a point that he really couldn’t justify.

In closing, Kurtz offered a ludicrous summation saying that “I’m surprised that some on the left are also lashing out, despite the fact that their guy won.” Really? If Kurtz can’t understand why people on the left would respond to the preposterous ranting of the reality-challenged loser in the White House who seems to be orchestrating a coup, he needs to retire to a nice Trump-branded senior community with a fully staffed nursing facility. He certainly shouldn’t be in the news business.

And if Kurtz is actually interested in observing both sides, he might want to look at both sides of the Fox News view of accepting the results of an election:

Well, the rat is out of the bag. We finally have confirmation that Donald Trump’s White House is a swirling pit of ineptitude, staffed by morons who don’t know what the hell is going on. What’s more, they’re proud of it and they think it proves that they are dedicated overachievers. And these revelations are not insults thrown by partisan lefties. They’re straight from the horse’s ass: Fox News.

On Saturday’s episode of Justice with Judge Jeanine Pirro the “judge” hosted former Arkansas governor/Christianist minister, Mike Huckabee. In the course of their discussion, that was predictably bashing liberals, Huckabee decided to unveil some truths that are usually kept behind the dark curtain of rabid conservatism (video below). He said that:

“Here’s what I think people don’t understand about Donald Trump: he doesn’t sleep a lot, he works harder than anybody I’ve ever seen, he has so much going on that even his own staff cannot keep up with all that’s going on.

Is he kidding? This is Huckabee’s assessment of the laziest man in Washington. Trump has played golf for about a third of his presidency. He doesn’t attend or read his presidential daily briefings unless they have pictures or happy news about him. He refuses to prepare for critical events like summits with Kim Jong Un or Vladimir Putin. He holds meaningless photo-ops with his cabinet and for bill signings. He never seems to know about the corruption of his own senior staff. He wastes time traveling to friendly red states to hold ego-fluffing rallies. And he spends countless hours (his “Executive Time”) watching cable news. Mostly Fox News, of course, where he gets his intelligence reports, political strategies, policy updates from Sean Hannity.

What’s more, if it’s true that nobody knows what’s going on, then that only exposes the White House as incompetent and unable to fulfill its mission to serve the people. It also means that Huckabee’s own daughter, press secretary Sarah Huckabee Sanders, is one of those who doesn’t know what’s going on. So how the hell can she inform the press of the administration’s activities? Not that she ever has any intention to.

We should probably be thankful to Huckabee for his candid assessment of a White House in disarray. That’s been painfully obvious to any conscientious observer, but we don’t often hear Trump’s insiders admitting it. Another word for not knowing what’s going is “ignorance.” And the ignorance of Trump’s staff is clearly not due to Trump’s allegedly dynamic schedule. It’s due to his own inability to comprehend the complexities of his job and his deliberate efforts to withhold pertinent information from more intelligent and experienced professionals. And that’s at least partly due to the need to keep his financial corruption and collusion with foreign enemies secret.

Much of Saturday’s program was consumed by Pirro whining about incivility in politics. That’s rich coming from perhaps the most vitriolic screecher on television. Pirro has been barking out contemptuous scorn at President Obama, Hillary Clinton, and every other left-of-center American for years. Just last week she complained about being “treated like a dog” by Whoopi Goldberg on The View. But she conveniently forget to mention that she called the whole cast of the show an epithet that rhymes with “sock cucker.” And then she has the nerve to say that:

“The level of hatred toward the 45th president of the United States is beyond anything we’ve seen in American history…Now Donald Trump is the target of vitriol so papable it’s simply frighten…It’s almost impossible to have a rational discussion that doesn’t turn into a food fight.”

Let’s just set aside that she appears to be drunk (“so papable it’s simply frighten”?) Her contention that Trump has been the victim of more vitriol than any other president is ludicrous. Barack Obama, who was accused of being the founder of ISIS and the Kenyan-born spawn of Satan, might have something to say about that. Or maybe John Kennedy or Abraham Lincoln, whose lives were cut short by rather vitriolic assassins.

Pirro had some help from her another guest on the program who was equally delusional about who in America is uncivil. Trump’s senior counsel, Kellyanne Conway showed up to assert that Trump “is a president who believes that diplomacy and conversation is better than hostility and conflict.” Seriously? The president who encouraged his supporters to assault protesters and opffered to pay their legal fees; who has disparaging and infantile nicknames for every opponent; and who goads unstable tyrants into nuclear confrontations? That president believes in diplomacy?

At least Pirro had a brief moment of self-awareness in the opning paragraphs of her new book, Liars, Leakers, and Liberals: The Case Against the Anti-Trump Conspiracy. She writes that “We know what the liberal media think of Trump voters: They’re deplorables, idiots, rednecks, and people who cling to God, guns, and religion. To those charges, I plead guilty–guilty and proud!” So Pirro is guilty, even proud, of being a deplorable, idiot, redneck. That explains a lot.

.@GovMikeHuckabee: "Here's what I think people don't understand about Donald Trump: he doesn't sleep a lot, he works harder than anybody I've ever seen, he has so much going on that even his own staff cannot keep up with all that's going on." @JudgeJeanine pic.twitter.com/gqLt2Ydmvv