On Monday morning there was one big story that was dominating the news. Michael Cohen, Donald Trump’s attorney – and self-described fixer – was interviewed by George Stephanopoulos for ABC News. In the interview Cohen pretty clearly indicated that he was no longer willing to “take a bullet” for Trump. He told Stephanopoulos that “My wife, my daughter and my son have my first loyalty and always will.” 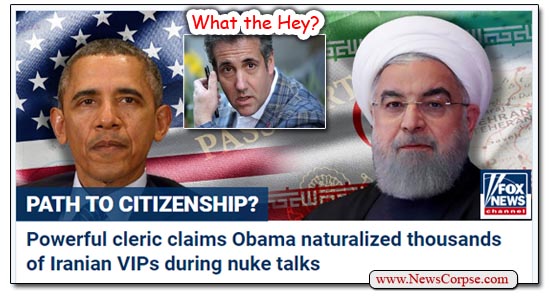 This development is properly being handled like the bombshell that it is by most of the media. Cohen’s additional announcement that he will no longer participate in a joint defense agreement with Trump is generally regarded as a prelude to flipping on the President and cooperating with prosecutors. Even Judge Andrew Napolitano of Fox News said Trump should have some “sleepless nights” over this.

However, if you were to visit the Fox News website Monday morning you would have had a hard time finding anything related to this blockbuster story. A long scroll down the front page would have eventually brought you to a single line on the subject that linked to a two minute video clip. Later in the day that was replaced by the Napolitano quote. And on the air, Fox News covered the story on Outnumbered in a segment that cast Cohen as “not credible” because he was “going against” the President. Apparently on Fox News that’s all you need to know to be considered not credible.

Meanwhile, the Fox News website chose to put a story at the top of their page that was somewhat less timely. The headline: “Path to Citizenship? Powerful cleric claims Obama naturalized thousands of Iranian VIPs during nuke talks.” Fox had to reach back three years to pull this story out of the woodwork. And it was still just a jumble of fiercely spinning jabs at President Obama. None of them hit their mark because they were so far fetched and thinly argued. The article said that:

“The Obama administration granted citizenship to 2,500 Iranians, including family members of government officials, while negotiating the Iran nuclear deal, a senior cleric and member of parliament has claimed.

“Hojjat al-Islam Mojtaba Zolnour, who is chairman of Iran’s parliamentary nuclear committee and a member of its national security and foreign affairs committee, made the allegations during an interview with the country’s Etemad newspaper, cited by the country’s Fars News agency.

“He claimed it was done as a favor to senior Iranian officials linked to President Hassan Rouhani, and he alleged the move sparked a competition among Iranian officials over whose children would benefit from the scheme.”

First of all, everything being reported here is coming from Iran’s state news operation and a hardliner within the Iranian government. For some reason Fox News is granting them the journalistic legitimacy that they would never give to the New York Times, or CNN. But more to the point, the article actually outlines a story wherein Obama allowed Iranian dissidents to emigrate to the United States where they are reportedly working against the national interests of the theocratic, totalitarians in Iran. But that isn’t revealed until much further down in the article:

“[Zolnour] estimated that between 30 and 60 were studying in the U.S. while the rest of them were working in the country ‘against our national interests.'”

So Fox News is deliberately trying to cast Obama in a negative light as having done favors for the offspring of Iranian dictators. But the truth is that he was securing the freedom of Iranian dissidents who oppose the current regime. And this fake news story was elevated to the top of the page, even while the much more consequential (and truthful) story about Michael Cohen was virtually eliminated. It’s kind of ironic that Fox is offering this lesson in how State TV works in an article about Iran’s state TV. Fox News can teach Iran so much about propaganda.

UPDATE: By Monday afternoon Fox News had replaced their Obama/Iran feature story with one about California splitting into three states. That may be even less newsworthy (and extremely unlikely to happen) than the Iran story. And still just one small link to Cohen, this one linking to a video clip with Shepard Smith.