The debate over whether or not Democrats should appear on Fox News continues to divide many of the current candidates for the Democratic nomination for president. Pete Buttigieg and Kirsten Gillibrand are each scheduled for upcoming town halls. Bernie Sanders and Amy Klobuchar have already done their Fox events. And all the evidence proves that they have nothing to show for it. In fact, both have lost points in subsequent polling. 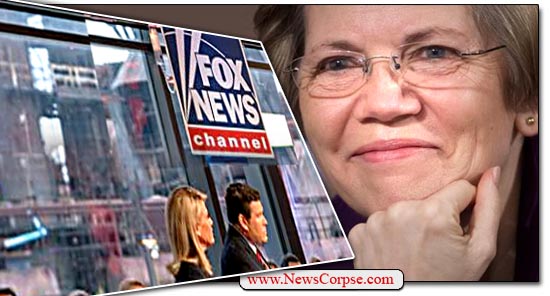 Oddly enough, Donald Trump had one of the most relevant responses to the Sanders town hall on Fox. He tweeted that it was “So weird to watch Crazy Bernie on @FoxNews.” That’s an acknowledgement that Fox News is regarded as the State TV outlet for the Trump presidency and anyone not devoutly worshipful of Dear Leader and the right-wing agenda is out of place and unwelcome.

Now Sen. Elizabeth Warren has weighed in with her response to an invitation from Fox News do to her own town hall. And her reply shows precisely how every Democrat ought to respond when being asked to voluntarily subject themselves to the bias and abuse of these avowed media foes:

I love town halls. I’ve done more than 70 since January, and I’m glad to have a television audience be a part of them. Fox News has invited me to do a town hall, but I’m turning them down—here’s why…

That tweet initiated a thread that properly characterized Fox News as the politically prejudiced scam that they have been since inception. Warren’s take down was both brutal and insightful and deserves to be read in its entirety. What follows is the content of her next six tweets:

“Fox News is a hate-for-profit racket that gives a megaphone to racists and conspiracy theorists. I won’t ask Democratic primary voters to tune into an outlet that profits from racism and hate in order to see our candidates. Sign up now to join me and take a stand.”

“Hate-for-profit works only if there’s profit, so Fox News balances a mix of bigotry, racism, and outright lies with enough legit journalism to make the claim to advertisers that it’s a reputable news outlet. It’s all about dragging in ad money—big ad money.”

“But Fox News is struggling as more and more advertisers pull out of their hate-filled space. A Democratic town hall gives the Fox News sales team a way to tell potential sponsors it’s safe to buy ads on Fox—no harm to their brand or reputation (spoiler: It’s not).”

“Here’s one place we can fight back: I won’t ask millions of Democratic primary voters to tune into an outlet that profits from racism and hate in order to see our candidates—especially when Fox will make even more money adding our valuable audience to their ratings numbers.”

“I’ve done 57 media avails and 131 interviews, taking over 1,100 questions from press just since January. Fox News is welcome to come to my events just like any other outlet. But a Fox News town hall adds money to the hate-for-profit machine. To which I say: hard pass.”

There isn’t much to add to that. Except to note that Democrats should not be lending their credibility to a network that exists to malign them and prevent them from having any political success. Also, every study shows that Fox News viewers are the equivalent of cult members whose loyalty and opinions are immovable. They are hopelessly gaslit victims of Trump’s propaganda. They are a fanatical, irredeemably warped cult of right-wing extremists. They simply cannot advance the prospects of any Democratic candidate. Particularly during the primary where the candidates are only trying to appeal to their own party’s voters.

Refusing to reward Fox’s hostility with guest spots isn’t about being afraid to face their lame hosts. That’s a cake walk. It’s about refusing to help them sanitizing their hateful agenda and outright lies. And if anyone is exhibiting fear it’s Trump. He is so petrified of MSNBC and CNN that he has never permitted these networks to interview him as president. Then again, Trump’s whole persona is rampant with examples of how frightened he is by any sort of challenge. His Twitter feed is dripping with panic and dread of everything from his dismal polling to his anxiety about being loved by his authoritarian idols, Putin, Kim, etc. And you can bet he’s having nightmares about special counsel Robert Mueller.