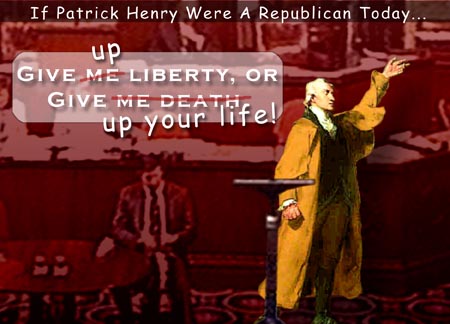 The commencement of a new year brings with it an almost genetic predisposition for optimism. There is a sense of starting over with fresh enthusiasm and a renewed determination to realize your hopes and dreams. Unfortunately, the White House has entered the new year clinging stubbornly to the one whose expiration just came due.

2005 was a year that saw the glaze clearing from America’s eyes. The public’s opinion of the president and his policies declined steadily throughout the year. Social Security privatization, Cindy Sheehan, and Valerie Plame all contributed to this. So did the continuing incompetency in the handling of the war in Iraq, the war on terror, and a new level of incompetency when Katrina came ashore in New Orleans. Certainly the indictments of Tom DeLay, Jack Abramoff, et al, didn’t help the president’s image.

But Bush soldiers on without regret or consolation. He has lately taken to declarations of responsibility (WMDs, Katrina, bad intelligence, etc.), but with an insincerity that negates the point. His version of responsibility contains none. There are no consequences, no restitution, and no modification of behavior. No one has been fired or even punished for these failures. Indeed, many have been promoted and/or rewarded. Policy has not been amended, tactics have not been changed and oversight has been obstructed at all levels of government and law. Exactly what does responsibility mean to Mr. Bush?

On this New Year’s Day, President Bush continues to defend the warrantless eavesdropping that he authorized the National Security Agency to engage in. New reports indicate that even high-ranking officials in the Ashcroft Justice Department refused to go along these measures. And despite the dubious legality of this, he has insisted that it will continue because he says that…
“…the American people expect the Commander-in-Chief to protect them, and that’s exactly what I intend to do.”
But the American people have made it clear that they oppose these violations of their civil liberties. Any expression of this opposition, however, is viewed as de facto treason. Sen. John Kyl (R-AZ) went so far as to preemptively blame any future terrorist attacks on opponents of the renewal of the Patriot Act. The administration view is that Liberty is a bargaining chip in the negotiation for Security. The more Liberty you give up, the more Security you get. Such a deal.

The NSA affair has at least alerted the president to the potential harm that leaking classified information can cause. Well, maybe not when it’s one of his top advisors disclosing the identity of covert CIA agents, but if someone spills to the New York Times that the president may be in violation of federal law, there will be hell to pay. Or maybe not.

The president has recently been whining about the shameless leaks that formed the basis of the Times’ story. This is the story that the Times withheld for more than a year at the request of the president. Now the Justice Department has joined in by announcing that there will be a full investigation. Here’s what I want to know: If leaking these activities to the Times was such a threat to national security, and the White House new about the leaks a year ago when they convinced the Times to hold back, why wasn’t there an investigation initiated a year ago when this so-called national security threat was revealed? Apparently the only threat the White House recognizes is the one to the president’s political viability.