The election to recall California Governor Gavin Newsom is just a week away. The outcome could upend national politics if Newsom is recalled and Larry Elder, a radical right-wing radio talk show host, is elected. He has already promised to appoint a Republican should Sen. Dianne Feinstein’s seat become available. That would hand the Senate majority to the GOP and Mitch McConnell. 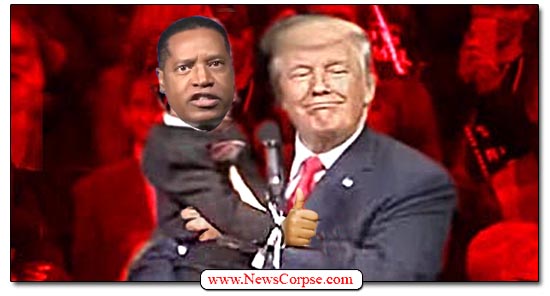 For the time being, most polls are showing that Newsom is ahead. A majority of Californians say that they are voting “No” on the recall. But the dynamics of an off-year, special election are difficult to predict. So much depends on motivation and turnout. There is, therefore, no leeway for complacency. Everyone needs to be on full alert to get out the vote of their friends, neighbors, and even strangers, who will vote against the recall.

Among those who are paying close attention to the polls is Trump Republican, Larry Elder. He was interviewed on the Fox News program MediaBuzz with Howard Kurtz on Sunday. In between his well rehearsed campaign talking points, Elder revealed just how worried he is about his potential defeat. During the interview he made a point of embracing Donald Trump’s “Big Lie” that the 2020 presidential election was stolen from him (video below at 4:36). Elder said that…

“And we know that for two and a half years Donald Trump was pursued by this bogus Russia collusion story. So there are all sorts of reasons why the 2020 election was, in my opinion, full of shenanigans. And my fear is that they’re gonna try that in this election right here in recall.”

First of all, let’s dispose of Elder’s Hunter Biden deflection. He’s referring to assertions by Brent Bozell of the uber-conservative Media Research Center (MRC). Bozell claims to have conducted a survey that found that 4.6% of Democrats said they would not have voted for Joe Biden had they known this story. [FYI: That would not have been enough to change the outcome of the election]. Needless to say, the disreputable and biased MRC survey cannot be taken seriously. Bozell is, after all, a fully indoctrinated Trump-fluffer who, when asked about the violent January 6th insurrection in Washington, D.C., defended the rioters saying that “They are furious that they believe this election was stolen. I agree with them.” And his son was arrested and charged for his participation in the riots.

Following Elder’s election fraud fear mongering, he gave out his website address and encouraged his listeners to be on the lookout for voter fraud. “Whenever you hear anything,” Elder pleaded, “see anything suspicious, go to my website. We have a battery of lawyers. We’re gonna file lawsuits in a timely fashion this time.”

So Elder is employing Trump’s “rigged election” tactics early. He is preparing for what he apparently believes is a good probability of his losing. After he which he will emulate his mentor, Trump, and refused to concede, while he makes baseless challenges to the election results and – just like Trump – undermines American democracy.

This is apparently going to be a standard feature of sore loser campaigns by Republicans going forward. And by embracing whining as a tactic they are virtually assuring that will lose even more frequently.

Jump to 4:36 for this part of the interview.

.@LarryElder says press is ganging up on him in CA recall because it "serves as a public relations bureau for the Democrat Party." He says smears are racial, denies ex-girlfriend's allegations, walks back comment that Biden won election fairly #Mediabuzz https://t.co/yvHwAl6mDb