A video (posted below) from FoxAttacks really tells the story of what a corrupt tool for propaganda Fox is. 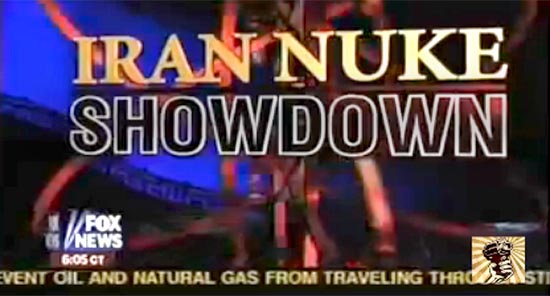 It also should tell people that our battle lines do not end with Bush and other Republicans. Christiane Amanpour’s comment succinctly describes the real threat:

“My station [CNN] was intimidated by the administration and the foot soldiers at Fox News.”

The media is manufacturing fear and misleading the country and the world. And it all begins with Fox. We must resolve to stop being accomplices in our own downfall. This is a good time to revisit my exhortation that Fox must be shunned.

Detox from Fox: Starve The Beast

As I said before, with extensive documentation, appearing on Fox is not only pointless, it is overtly harmful to progressive causes. It is long past time for Democrats and progressives to recognize this simple fact and resolve to stop allowing themselves to be used for target practice by disingenuous pseudo-journalists whose purpose is to defame and defeat them in politics and public opinion.

No more capitulation by our representatives and Fox’s competitors. It cannot, and must not, be tolerated. Do not cooperate with Fox in any way. Just say no!