When Donald Trump was running for president he insisted that he knew “all the best people.” He promised that his administration would benefit from his connections in the business community. He argued that the typical government bureaucrats were failing and that fresh blood was needed. So how is that working out? 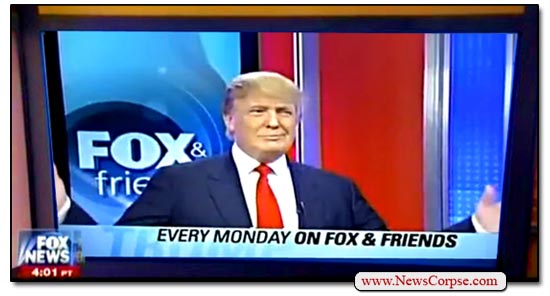 To date, Trump’s appointees have been decidedly unimpressive. Almost none of them have experience in the fields for which they have been nominated. What’s more, they are firmly rooted in the same governmental swamp that he said he would drain. Politicians and billionaires are quickly filling up his cabinet and advisory slots. But there’s something even more troubling that many of his candidates have in common.

Fox News had a singular role in manufacturing the Trump candidacy. They gave him more airtime than any other candidate and broadcast his stump speeches for hours without interruption. And now they are supplying him with a roster of personnel to take prominent positions in his administration. Here are the Fox News candidates for Trump’s White House (so far). All of them have been on the Fox payroll:

With so many of their own personnel potentially joining the Trump administration, how can the network fairly cover him? OK, that’s a dumb question. They have never fairly covered him. But still, they would now be in the position of having to critically assess the performance of their own former employees. These are people with whom they have long standing relationships and affinity. They are also people who are likely to return to the network at some point in the future. That fact alone could impact the behavior of both Fox and their alumni. Some have already left Fox and returned when they had brief political conflicts (Carson, Gingrich, and Brown).

Never fear. Fox will find a way to cope with this burden. However, that will probably be to continue their mission as Propaganda Ministry for the Republican Party. Only now Fox will be an official arm of the White House under Trump. They will be America’s Pravda serving the interests of a megalomaniac and his team of apple polishers.