The mayhem at the White House is continuing as Donald Trump’s behavior gets ever more frantic and irrational. in the past few hours he has fired his Secretary of State, Rex Tillerson, the State Department’s top diplomacy aide, Steve Goldstein, and his personal assistant, John McEntee. There are rumblings from insiders that Chief of Staff John Kelly, National Security Advisor H.R. McMaster, and Veterans Administration director David Shulkin are also on the chopping block. 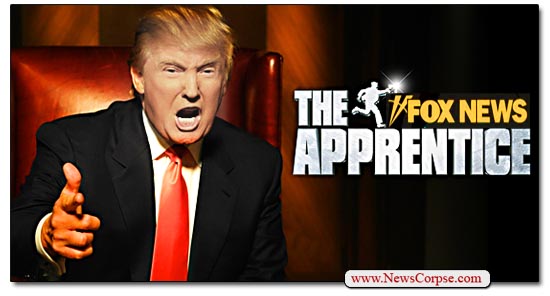 As these vacancies open up, Trump will have the opportunity to name new appointees that will be better supplicants to his will. That has already played out with his nomination of current CIA director Mike Pompeo to replace Tillerson. And the news on Wednesday is that Trump has picked CNBC contributor Larry Kudlow to succeed the fired Gary Cohn as his chief economic advisor.

By selecting Kudlow, Trump is continuing a pattern of bringing television personalities into his administration. Mostly they have been from Fox News and include K.T. McFarland, Ben Carson, Sebastian Gorka, Richard Grennell, and Jonathan Wachtel. Former Fox and Friends co-host, Heather Nauert, was also tapped by Trump to be the State Department spokesperson last year. And now she has already been promoted to replace Goldstein. Her entire career has been with Fox News and she has no diplomatic experience whatsoever.

The departure of Trump’s communications director, Hope Hicks, last month has set off a flurry of speculation as to who would fill her shoes. Among those being considered is Fox News co-host of The Five, Kimberly Guilfoyle. She has been on deck for a Trump slot for quite a while. And another Fox and Friends host, Pete Hegseth, is reportedly being wooed to lead the Veterans Administration should Shulkin get tossed. Prior to joining Fox, Hegseth headed up a Koch brothers front group that pretended to advocate for veterans. But he has zero experience running a massive bureaucracy like the VA, nor has he ever worked in the health services field that comprises much of what the VA does.

Trump’s National Security Advisor, McMaster, is also teetering on the brink. His successor is rumored to be another Fox News contributor, John Bolton. He served in George Bush’s state department and as Ambassador to the United Nations. Consequently Bolton played a major role in the fabricated weapons of mass destruction excuses to invade Iraq, as well as in the disastrous administration of the wars in Iraq and Afghanistan.

Obviously Trump is most comfortable working with TV personalities. It seems like his entire pool of possible job applicants come from the ranks of people he’s seen on Fox or other programs. His experience is so bereft of substance that he can’t possibly know anyone that has actual credentials in the jobs he needs to fill. And he wouldn’t want them anyway because they might not be photogenic. As a result, America will be burdened with shallow, unqualified amateurs running government agencies whose work affects us all. But at least they’ll look good when they sit down for softball interviews with Sean Hannity.

This is what Fox’s Laura Ingraham considers Trump “hitting his stride,” and “getting a really strong team in place.” And coincidentally, that’s exactly how Trump sees it. On Tuesday he explained to reporters that these White House shake-ups were just the normal fine tuning of personnel. “I’m really at a point,” he said, “where we’re getting very close to having the Cabinet, and other things, that I want.” That’s after a year in office where all of his original appointments were also his choices, but apparently not what he wanted. Ironically, not having the leadership one wants is something most Americans can relate to right now.

President Trump: I'm close to having the Cabinet that I want pic.twitter.com/RSgnUyJn3T

The tragedy that occurred in Charlottesville, Virginia on Saturday has ironically united the nation. Most decent Americans are repulsed by the bigotry espoused by the alt-right white nationalists who organized the event. Unfortunately, the President is not among them.

Donald Trump’s initial response to the violence was to issue a mealy-mouthed statement that blamed “all sides.” But only one side engaged in deliberate hostilities that resulted in the death of a young woman. Trump’s callous and tone-deaf response was criticized by Republicans and Democrats alike. Reacting to that criticism, the White House put out an anonymous, unsigned statement that continued to ignore the reality of the tragic events:

“The President said very strongly in his statement yesterday that he condemns all forms of violence, bigotry and hatred. And of course that includes white supremacists, KKK, neo-nazi and all extremist groups.”

So now it “includes” white supremacists. Which, of course, is reaffirmation of his position that it also includes others. He is still trying to dilute the grotesque actions of the bigots who are unarguably responsible. And the process of dilution is being carried out by Trump’s surrogates. On CNN’s State of the Union, Tom Bossert had a peculiar excuse for Trump not identifying the racists. He said that the President didn’t want to “dignify the names of these groups.” That argument flies in the face of relentless insistence that Muslims had to be identified as “radical Islamic terrorists.”

On the Fox News morning program, Fox and Friends, co-host Pete Hegseth sympathized with the racists. He complained on their behalf that they feel like they’re being “treated differently” and have become “second-class citizens.” Poor privileged, snowflake, babies.

Consequently, it was encouraging to hear someone on TV tell the truth about the rioting white supremacists. On CNN’s Reliable Sources, University of Virginia professor Larry Sabato didn’t mince words. And he gave some harsh advice to the President who can’t seem to do or say anything right. Here is the exchange he had with host Brian Stelter (video below):

Stelter: Would what the President says in the coming days matter in Charlottesville? Would it actually help or affect the community?

Sabato: Thanks for asking that, Brian, because Donald Trump, of course, is very unpopular anyway here, but he missed his moment. He had the opportunity to do something when it mattered yesterday afternoon. And any of his predecessors in modern times would have had the good instincts to say the right things. He wouldn’t because he won’t denounce part of his base. They’re white supremacists. We know what they are. We know who they voted for.

So listen Brian, if he wants to do something to help us and everbody else, let him fire all the white nationalists on his staff, starting with Steve Bannon. Actions speak louder than words. Words written by his staff.

Stelter: You know Bannon would reject being described as a white nationalist?

Sabato: I don’t care. We’ve read all that we need to read. And there are others on that staff too. You know darn well there are.

Exactly! Prior to joining Trump’s campaign, Bannon was the chairman of Breitbart News. The website openly bragged that it was “the platform for the alt-right.” He now occupies an office down the hall from the Oval Office. And he is likely the author of the statements that tread so lightly on the hateful culprits of the violence in Charlottesville.

Sabato’s observance that there are others in the Trump White House who hold these disgusting views is indisputable. On an earlier appearance on CNN he named one of them. Sebastian Gorka is a special advisor to the President. He also happens to be a former Breitbart editor and is associated with known Nazi groups. But people like Bannon and Gorka are among Trump’s favorite advisers. He isn’t likely to fire them and piss off his base of supporters.

As a result, Trump will continue to get counsel from the worst of the worst. And it’s precisely what he asked for. This is not a case of clandestine fascists infiltrating the government. These are people that Trump selected with full knowledge of their resumes. And if he thinks he can paper over these abhorrent cretins and their hateful philosophies, he is going to be sorely disappointed. Americans will not long tolerate this. Trump already has the worst approval ratings of any president in modern history. Don’t look for that to improve anytime soon.