The dystopian era of Donald Trump has come to a predictably graceless but welcome close. Joe Biden has officially been projected to be the next President of the United States. Nevertheless, Trump is still declining to concede, and Fox News is refusing to address Biden as President-Elect. All of this despite the fact that the election returns continue to show that Trump has suffered a significant loss with Biden flipping up to five states that voted for him in 2016. So naturally, he’s freaking out on Twitter.

Trump began his Saturday morning by pumping out a series of tweets consisting of such flagrant lies about imaginary election fraud that Twitter flagged four of them as “misleading.” His allegations typically failed to provide an iota of evidence to support his ranting. And contrary to reality, He dropped a delusional tweet claiming that “I WON THIS ELECTION, BY A LOT!”

This would seem, therefore, like a good time to recall what Trump himself said about the prospect of losing to a candidate that he relentlessly maligned as mentally deficient socialist:

Trump: “If Biden wins, maybe I’ll have to leave the country” pic.twitter.com/Naf57LirED

Is there any way that we can legally hold Trump this? It would make millions of Americans ecstatic by removing a humongous stain on the nation’s legacy. His departure would be celebrated by patriots who revere honesty, intelligence, and the core principles that America stands for. And as for what Trump will do now and for the rest of his life, the answer to that question can be delayed until after he’s finished his prison term.

The effect of Trump having defined Biden as a wild-eyed leftist radical, as well as suffering from cognitive decline, is actually a humiliating confession and a brutal self-own. After all, if Trump can’t beat a commie with dementia, then what does that say about Trump? It says what most Americans have known all along: That he is a moronic, narcissistic, aspiring tyrant, and pathological liar. And he will not be missed. But the administration of Biden and Kamala Harris – the first woman VP – will be memorialized as an historic event. 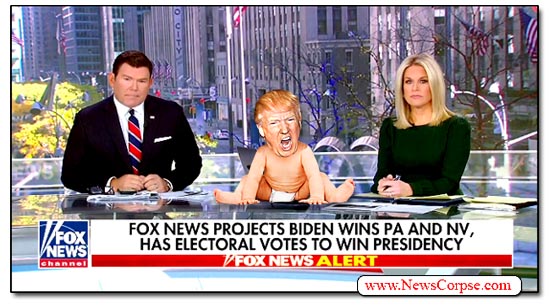