In yet another example of the right-wing’s incendiary rhetoric promoting violence, Fox News host Mike Huckabee invited NRA board member and washed-up schlock-rocker Ted Nugent onto his radio show to engage in a dialog about the issue that matters most to the Teabagging community: Destroying Democrats. 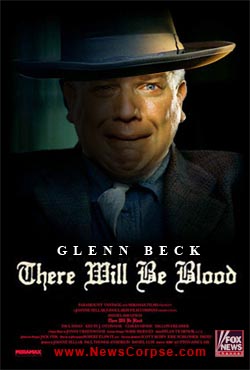 It didn’t take long before the pair diverted their conversation about the joys of killing defenseless animals, to their undisguised lust for Democratic blood. Nugent began by singing the praises of his dog Gonzo…

Nugent: He really is a mystical, wonderful, huntin’ dog.
Huckabee: Well, maybe we ought to turn him loose on some Democrats and see if he can hunt them too.
Nugent: Well, there’s a lot of varmints out there.

This is typical of the way that conservatives seek to dehumanize their ideological foes. It is evident in the recent comments of GOP Rep. Steve King who compared undocumented immigrants to dogs and mules. It is evident in the Republican references to Democrats as slave masters. And it was displayed again today when Glenn Beck spoke in his customary delusional style about progressives that he imagined were sneaking into the bedrooms of children to smother them with pillows.

This sick obsession with characterizing people with whom you disagree politically as subhuman or murderous monsters has been going on for the entire term of Barack Obama, coincidentally the nation’s first African-American president. But I’m sure there is no connection.