Let’s face it…Glenn Beck is insane. He rattles off loopy conspiracy theories that connect dots that only he can see. He makes wild and unsubstantiated accusations against his perceived enemies. He weeps incessantly over unexplained threats to “his” country. And, best of all, he draws pictures of his hallucinations that he thinks makes everything oh-so-clear.

It occurred to me that he might be able to use a little help (OK, a lot of help). So I drew up a few pictures of my own that convey a bit of the altered reality that infests Beck’s brain. This is my contribution to enhancing the understanding of a profoundly disturbed individual going through a very public psychological collapse. 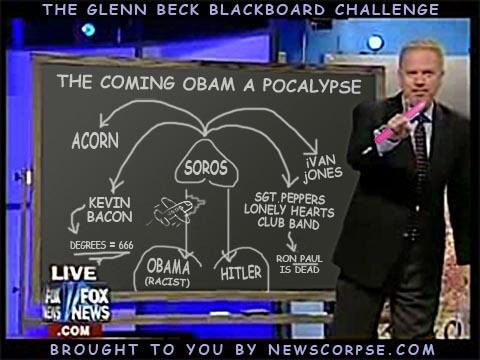 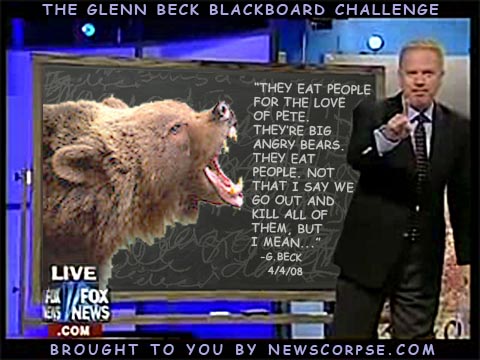 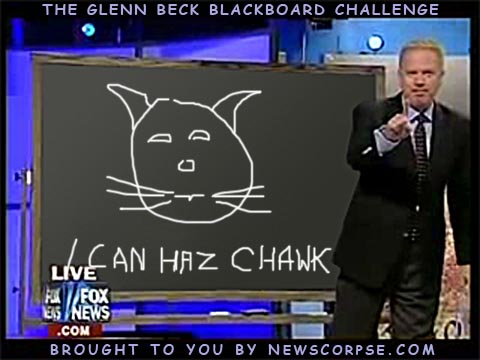 If you are so inclined, feel free to make your own contributions and leave links to your work in comments. 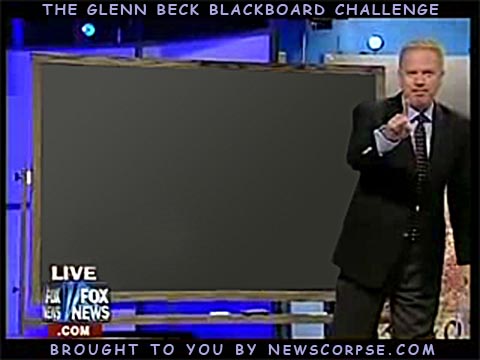 And just to put some perspective on the impact of Beck, a new Wall Street Journal/NBC poll reveals that most respondents don’t know who the heck he is:

“According to the poll, 24 percent have a “positive” view of the Fox News host, while 19 percent view him negatively. Interestingly, 15 percent were “neutral” and 42 percent said they didn’t know Beck or weren’t sure.”

That’s comforting. And I wouldn’t worry about the 24% positive. It’s probably the same deadenders that support Bush, Palin, and Joe the Plumber.