The increasingly surreal debate over the non-mosque that is not at ground zero took another turn with Jon Stewart’s insightful and hilarious analysis. 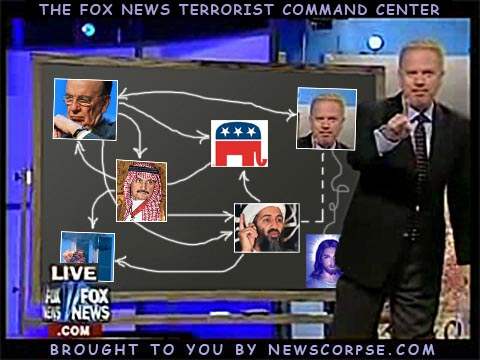 After establishing that right-wing mosque opponents have devolved into overt Islamaphobes who regard Islam as a faith of “women-stoning, suicide bombers” (Media Matters has more on this), Stewart documented the absurdity of their position which centered on there being a threat that the Park51 project must not be allowed because it would become a “Terrorist Command Center.” Stewart’s pithy response:

“Just for the record, I’m against establishing a terrorist command post at 9/11 and ground zero…or really anywhere in the city.”

The rightist argument against Park51 seems to be that a terrorist command center near ground zero is unacceptable, but somewhere in Chelsea or the Upper East Side would be fine.

Stewart went on to ridicule conservative pundits on Fox News like Eric Bolling who, through the use of high-tech 4×6 index cards, “proved” that Park51 was directly linked to Hamas and Iran. So Stewart used his own index card and highlighter pen to prove that Fox News is a clandestine terrorist cell with Rupert Murdoch as its leader. Stewart could have gone one step further to note that Murdoch donated $1 million dollars to the Republican Governor’s Association, which means that the GOP is funded by terrorists.

Update: Not only is the GOP funded by terrorists, but the terrorists are funded by agents of Rupert Murdoch’s News Corp. It has now been revealed that Prince Alwaleed bin Talal, News Corp’s largest shareholder outside of the Murdoch family, has donated over $300,000 to organizations run by Imam Feisal Abdul Rauf, the principal planner of Park51. Amidst the outcry from the right about the Park51 project, one of the things they most feverishly demanded was to know who was financing it. Now we know it was an owner of Fox News. Where is the outrage?