Maybe the funniest top ten list ever – and still as profound as when it aired on October 6, 2010. 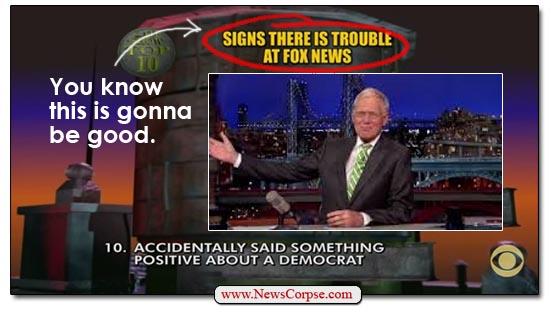 Letterman: The category tonight, the top ten signs there’s trouble at Fox News. Yesterday Fox News reported that the city of Los Angeles spent one billion dollars on jet packs for its police department. One billion dollars on jet packs for the LAPD. The story turned out to be a hoax first reported by the World Weekly News. Fox picked it up and ran with it.

Of course, the jet pack story was no more absurd and dishonest than the rest of the lies on Fox News.

Best wishes Dave. And now I can’t wait for Stephen Colbert to premiere in September.