Last week an investigation by ProPublica and the New York Times was published that exposed the collaboration between the National Security Agency and America’s providers of cell phone and Internet services. The report was based in part on documents released by former agency contractor Edward Snowden. What it revealed was a tight-knit relationship between a government spy operation and the corporate telecommunications industry. 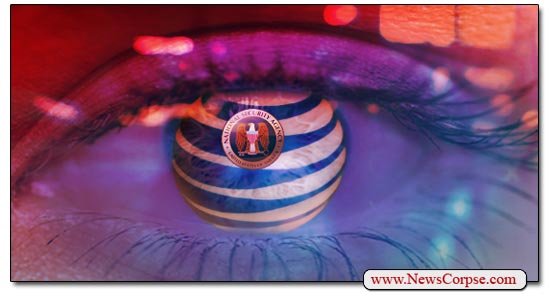 The report identified AT&T as the company most closely aligned with the NSA’s operations. While Verizon and other companies were also involved, AT&T was shown to have devoted far more energy and resources to the relationship. The report says that…

“While it has been long known that American telecommunications companies worked closely with the spy agency, newly disclosed NSA documents show that the relationship with AT&T has been considered unique and especially productive. One document described it as ‘highly collaborative,’ while another lauded the company’s ‘extreme willingness to help.”

There is much more detail about the NSA/telecom complex in the report, including the hundreds of millions of dollars spent and the over 1.1 billion domestic cellphone calling records a day handed over to the government. It is an astonishing and frightening series of disclosures about just how intrusive the company you’re paying every month to provide phone and/or Internet service is.

And therein lies an important way for you to fight back. There isn’t much you you can do to prevent these corporate behemoths from screwing you. Sure, you can participate in protests and write letters to your congressional representatives, and you should. But that will take time and furious organizing. The one trick you can use now to keep your phone company from spying on you is to ditch the companies that are doing it and get one that doesn’t.

Those of you who use AT&T or Verizon (and that’s most of you) have another option. CREDO Mobile is a progressive company that is committed to privacy and doesn’t favor wealthy conglomerates who can afford to pay for special treatment and to suppress competition. As an added bonus they also fight for the environment, social justice, net neutrality, and a political landscape free of Tea Party idiocy.

It’s so easy to make the switch you’ll wonder why you never did it before. You’ll get great service and a selection of the best phones. You can keep your current phone number. And they will pay up to $350.00 for any early termination fees your current provider charges. You can even try it for thirty days with no obligation. You really need to check this out because there is no reason for your hard-earned dollars to be working against you by violating your constitutional liberties and literally funding the Tea Party, the KeystoneXL pipeline, the Koch brothers, and the Greedy One Percent (aka GOP). And if you use this link, you’ll even be helping News Corpse, who will receive a modest commission for the referral.

So please take this simple step to change the world and free yourself from the shackles of corporations who are working against you and your principles. You’ll feel great for having done so. And send this link along to your friends and family as well. We can have a huge effect if we join together for something positive, rather than submitting to the corporate masters.

And just for fun, here is John Oliver taking on “Cable Company F*ckery” in case you needed another reason to switch.