There is nothing more embarrassing than a public figure so desperate for attention that he uncorks painfully shallow op-eds that only demonstrate why he gets so little attention. That’s the situation that MSNBC’s Morning Joe Scarborough finds himself in now after he penned a column for the Washington Post with unsolicited advice for Megyn Kelly of Fox News. The column is headlined “Megyn Kelly, Fox News, and the Curse of Glenn Beck.” 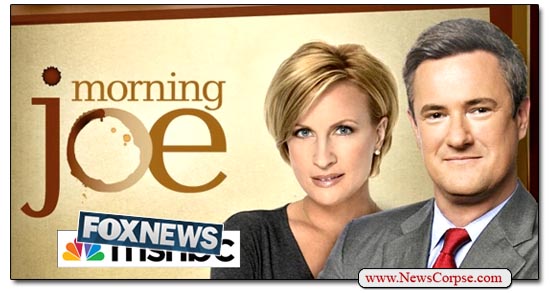 Scarborough’s column purported to be a stab at career guidance for Kelly, Fox’s trending primetime star anchor. He made note of her recent comments regarding her future with Fox News. Kelly said that, while she is happy at Fox, it also causes “brain damage,” and that she has not decided what she will do when her current contract expires.

Scarborough thinks that Kelly would be making a terrible mistake were she to leave Fox News, the network that built her into a household name for news junkies. He may be right, but not for the ludicrous reason he floated:

“If Kelly wants to leave Fox News for family reasons, good for her. But if Kelly is thinking of escaping Roger Ailes and Fox News because she thinks she has outgrown the man and his star-making machinery, I humbly offer a friendly suggestion: Call Glenn Beck.”

First of all, calling Glenn Beck for advice on anything is never a good idea. Beck would sell you worthless gold coins and replace your health insurance with prayer. Beck is the man who thinks that God speaks to him about political matters and has told him the world is ending so many times that either God is a pathological liar or he is hilariously fucking with Beck.

More to the point, Scarborough’s suggestion is based on the catastrophe that Beck’s career has become since leaving Fox and, therefore, Kelly should avoid a similar disastrous fate. But Scarborough has completely misread the disparate media landscapes facing Beck and Kelly.

Glenn Beck was fired from Fox News with no place else to go in cable or broadcast media. His dismissal was the result of his outlandish and offensive behavior on his show that resulted in an advertiser boycott that stripped the program of any significant revenue. He was cast aside as damaged goods and had few prospects other than the Internet’s wingnut underground and his remaining radio fans.

Megyn Kelly, by contrast, is the jewel in Fox’s primetime lineup. She frequently beats Bill O’Reilly’s ratings and is featured regularly in magazine profiles that are pure puffery. More importantly, she is in demand by every network who would leap at the opportunity to steal the popular and rising star from Fox to bolster their own networks and to deprive Fox of a proven ratings draw. None of this is a reflection on the quality of Kelly’s work, which is sorely lacking in credibility and ethics. It is just a real world observation of her success on a conservative network that rewards blind loyalty to rightist partisanship.

In short, Kelly is contemplating a departure from Fox at a time when her stock is valuable and rising. Beck left Fox as a loser who was dumped for being too insanely right-wing for the avowed centerpiece of right-wing media. But Scarborough thinks that these two situations are comparable and that Kelly should be nervous about becoming the next Beck. That’s nonsense.

Scarborough is once again illustrating why he is such an inferior analyst. He can’t see past his own biases. In this case his leanings are to genuflect before the divine Roger Ailes, whom Scarborough repeatedly praises in this article. It’s hard to see this column as anything other than Scarborough posting his resume in a public plea for Fox to hire him. And it comes complete with a pledge of loyalty that he wouldn’t abandon them the way that traitor Kelly is threatening to do, and that he gladly take her time slot. That would probably help MSNBC more than it would help Fox.