The continuing saga of Donald Trump’s sexually predatory behavior is emboldening more victims to come forward with harrowing tales. Consequently, Trump’s apologists in the media are taking bolder steps to excuse his indefensible misogyny. When Fox isn’t maligning them as liars, they are insulting them as too ugly to assault. This is precisely what to expect from a network that was founded and run for twenty years by Roger Ailes. Ailes, you recall, was forced to resign this year after numerous accusations of sexual harassment by his staff and others. 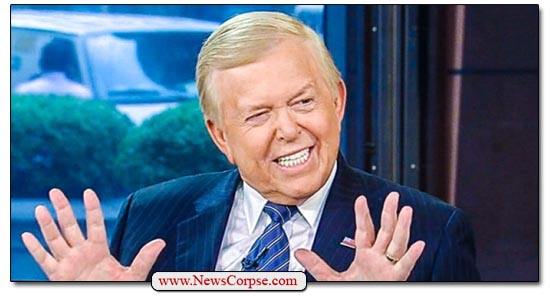 Now we may have a new low from Fox’s Lou Dobbs. He is the host of a prime access program on the Fox Business Network. Yesterday Dobbs re-tweeted the address and phone number of Jessica Leeds, one of Trump’s groping victims. Ironically, the text of his tweet said:

“This is the Dirtiest Campaign in our History: #MAGA #TrumpPence16 #AmericaFirst https://twitter.com/MichaelDelauzo”

Indeed it is. Mainly due to cretins like Dobbs whose irresponsible actions can literally endanger the lives of innocent people. The tweet to which Dobbs linked has since been deleted, but not before it was re-tweeted over 800 times. Dobbs own Twitter account has more than 799,000 followers.

The tweet that contained Ms. Leeds’ personal information was filled with false accusations. It asserted that she was connected to the Clinton Foundation and shared the same phone number. Neither of which were true. Which raises the question: Why would a prominent Fox host attest to the authenticity of something so easily proven to be false? The answer, of course, is that this is the standard practice for news gathering by Fox News. Accuracy is never as important as partisan propaganda.

However, that “apology” tweet has also been deleted. What’s more, the sincerity of an apology in which Dobbs includes Trump’s campaign slogan #MAGA (Make America Great Again) has got to be questioned. At the very least it’s tone deaf and insensitive to promote the accuser while pretending to apologize to his victim.

Dobbs is purported to be a financial expert on Fox, but somewhere along the way he assumed the role of an immigrant basher. He is also a proponent of the racist notion that all terrorists are Muslim. And to sweeten the pot, Dobbs joined the Birther Brigade by repeatedly demanding that President Obama produce his “real” birth certificate. In light of that, his “accidental” tweeting yesterday just seems like business as usual for the business network host. Anything that is harmful to Democrats or liberals is fair game, whether or not it’s true. And any defense of conservatives is acceptable, no matter who it hurts.