In what may be the most under-reported story of the year so far, the media has virtually ignored the shameful response by the state of Texas to a Department of Justice challenge of voter discrimination in the state. 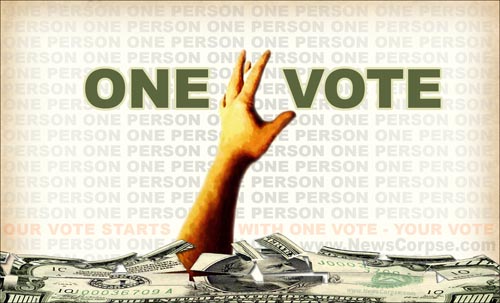 In June, the right-wing majority in the Supreme Court struck down a key provision in the fifty year old Voting Rights Act of 1964. In doing so they sanctioned efforts by racially biased state governments to discriminate against minority residents and other voters they want to suppress.

Attorney General Eric Holder moved quickly to mitigate the harm caused by the decision. He directed the Justice Department to seek a court ruling to require Texas to get permission from the federal government before making changes to their voting laws under a different section of the VRA.

Last week Texas responded to the DOJ filing with an astonishing admission that the intent of their voting reforms is to discriminate. They masked the ultimate purpose in a political argument, but the result is unarguably racist and unconstitutional. Rick Hasen of the University of California at Irvine caught the offensive passage in the Texas filing:

“DOJ’s accusations of racial discrimination are baseless. In 2011, both houses of the Texas Legislature were controlled by large Republican majorities, and their redistricting decisions were designed to increase the Republican Party’s electoral prospects at the expense of the Democrats. It is perfectly constitutional for a Republican-controlled legislature to make partisan districting decisions, even if there are incidental effects on minority voters who support Democratic candidates.”

The argument by the state of Texas is that they are deliberately discriminating against Democratic voters, not minorities or other protected classes of citizens, and they regard that as permissible. The first problem with their argument is that it is questionable to assert that it is constitutional to “make partisan districting decisions.” Any overt attempt to suppress the voting rights of any citizen is challengeable and potentially in violation of civil liberties.

More to the point, the claim that they are only aiming their discriminatory activities at Democrats is disingenuous and unsupportable. The redistricting maps proposed by the Republican-controlled Texas legislature cut obviously across racial boundaries. The clear intent is to segregate blacks and Latinos into the fewest number of districts possible, denying them equal representation. These maps were struck down by federal courts as blatantly discriminatory, but now the state can re-introduce them with the blessing of an atrociously reasoned Supreme Court decision.

There is simply no way to pretend that the statement made in the filing defending the constitutionality of discrimination against Democrats is anything other than a defense of discrimination against minority communities in Texas. Given the demographic breakdown of the district mapping, it is absurd and grossly dishonest to assert that the “effects on minority voters” are “incidental.” What the state of Texas is doing is racism, pure and simple.

So where is the media coverage of this outrageous admission made in an official court document? None of the television news networks has reported on it. None of the major national newspapers has published a story about it. A few Internet news outlets have done some commendable reporting on it, but their reach is minimal at this point.

Without the establishment media informing the nation that this sort of institutionalized racism is going on, it will continue unabated. And if there is one thing that this proves other than the fact that racism is still deeply ingrained into some of our government systems, it’s that the conservative complaints about media are wholly without merit. Liberal media my ass!