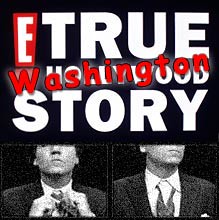 If nothing else, Tucker Carlson’s latest column for the Daily Beast is a fount of unintentional hilarity. The notion that the former bow tie twerp has anything enlightening to say on any subject has long since been debunked. But for him to have the audacity to presume that he can school Jon Stewart on humor is endlessly humorous.

Carlson starts out by asserting that Stewart’s critique of Jim Cramer makes no sense:

Jon Stewart’s recent attack on CNBC’s Jim Cramer was so brilliantly performed, so smoothly produced and cruelly compelling, almost nobody noticed that it didn’t make sense.

Of course, it’s inevitably predictable that it is Carlson who ends up making no sense.

Stewart summed up the significance of what Cramer had said on the tape: “You can draw a straight line from those shenanigans to the stuff that was being pulled at Bear and at AIG, and all this derivative-market stuff,” he said sternly.

Except that you can’t draw any such line. In the video, Cramer hadn’t mentioned derivates [sic] or securitized loans or credit-default swaps, or any of the other exotic financial instruments that caused the fall of AIG and the current recession. There’s no evidence that Jim Cramer had anything to do with any of that, and Stewart didn’t offer any.

If only Carlson could comprehend that the point Stewart was making was simply that the “shenanigans” engaged in by shady Wall Streeters were the cause of our problems, not the specific ones in the clip Stewart showed. It’s called an “example.” Carlson goes on to describe as “even more farther-fetched,” Stewart’s accusation that business media at CNBC and elsewhere were negligent in their coverage in order to retain access to newsmakers. It’s as if Carlson knows absolutely nothing about the industry he is trying desperately to be a part of. What’s more, Carlson accuses Stewart of being “real.” And, yes, he meant that as a criticism.

…nobody as funny and sophisticated as Jon Stewart could possibly be getting that mad on TV over something so abstract. A fair assumption, but wrong. Stewart really was enraged. It was all entirely, strangely real.

At the Carlson school of comedy one must never display an honest emotion. This is beginning to explain why Carlson has never made anyone – ever – laugh.

But wait, it just gets funnier. Because next, Carlson brings up an epic moment in the worlds of comedy and media – Stewart’s appearance on, and subsequent demolition of, CNN’s Crossfire, starring Paul Begala and little Tuck Carlson. Why he would bring up this moment of shame for him, I can’t begin to surmise. But bring it up he did, and he admitted that even now, he doesn’t understand Stewart’s lament that he and Begala were “helping the politicians and the corporations.” So in his confusion, Carlson’s big complaint is that Stewart didn’t leave the building quickly enough after the show:

Unlike most guests after an uncomfortable show, Stewart didn’t flee once it was over, but lingered backstage to press his point. With the cameras off, he dropped the sarcasm and the nastiness, but not the intensity. I can still picture him standing outside the makeup room, gesticulating as the rest of us tried to figure out what he was talking about. It was one of the weirdest things I have ever seen.

First of all, why should Stewart “flee?” The show was not uncomfortable for him, it was Carlson who must have felt ill at ease. Remember, he was correctly identified for posterity, on national television, as a “dick” who needed to go to journalism school. Secondly, I think the weirdest thing for me to have seen would have been Carlson and crew trying to figure out what Stewart was talking about. I can picture them now, scratching their cocked heads, raising an eyebrow, and whimpering softly as they struggle to overcome their innate ignorance.

Much of the rest of the column is an exposition of Carlson’s jealousy and bitterness. Clearly, he has never gotten over the pounding he took from Stewart on Crossfire. His long-winded retort is just an extenuated version of “I know you are but what am I?” On CNN yesterday he even called Stewart a “partisan hack,” which is what Stewart called him on Crossfire lo those many years ago.

Carlson seems to get a little thrill from confusing the roles of news media and comedians. He repeatedly cites instances of Stewart asking his guests less than hardball questions. He admonishes him for not engaging in balanced mockery. And he is livid at the thought that Stewart’s audience appreciates him. What Carlson apparently doesn’t grasp is that Stewart’s job is to entertain first – something Carlson may never understand. Nor is he likely to enjoy an audience who appreciates him.

Carlson’s lessons on laugh-craft is strewn throughout his article. Here are some nuggets of his comedy curriculum:

Remember that, young jokemakers. It is the wisdom of a detached, earnest, sanctimonious, dweeb, who knows a thing or two about the death of humor. And who better to take comic tips from than a failed pundit. But Carlson isn’t through informing us. Approaching the end of this diatribe, he asks of us if we can recall the last time Stewart said anything with which we might disagree, because, after all, that is the hallmark of comedy. Then he closes by declaring that it is all over for Stewart, and it is too late to recover from his comedic collapse:

But one irony worthy of note still remains. At the beginning of his column, Carlson actually lauded Stewart as brilliant, smooth, and compelling. Then he spent the remainder of the piece characterizing him as confused, obsequious, and unfunny. Yet Carlson says it’s Stewart who is not making sense. There is only one thing to do after reading a piece like this from an envious, pathetic, loser, whose career is careening downhill faster than a stock recommended by Jim Cramer — Laugh!