President Obama signed the Senate health care bill into law this morning. While it is not the bill I would have written, it was still an historic moment that achieved something that 18 previous presidents failed to achieve. 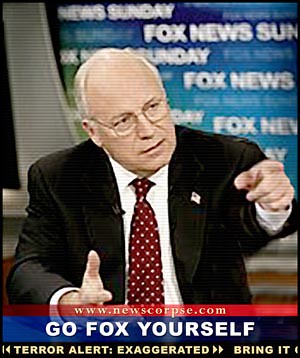 But for much of the media, led by Fox News, the hot topic of the event was that VP Joe Biden whispered a congratulatory remark in the President’s ear:

“This is a big fucking deal.”

The President’s press secretary, Robert Gibbs, reacted quickly to the growing hysteria in a tweet saying, “And yes Mr. Vice President, you’re right…” But this brewing scandal may yet overtake the frenzy surrounding the health care bill itself. I wonder if the President’s critics were just as incensed when then-VP Dick Cheney told Sen. Patrick Leahy to “Go fuck yourself.” right on the Senate floor?

And let’s not forget the time that Cheney pointed to a New York Times reporter at a campaign rally and whispered to George Bush “There’s Adam Clymer — major league asshole.” To which Bush responded, “Yeah, big time.”

My response to the media reaction to Biden’s remarks: This is a big fucking deal? Really?

4 thoughts on “This Is A Big Fucking Deal?”