Fairness and Accuracy in Reporting has just released a study detailing the diversity, or lack thereof, on PBS programs. The narrow scope of opinion and representation is pretty disturbing. Here are some of their findings. 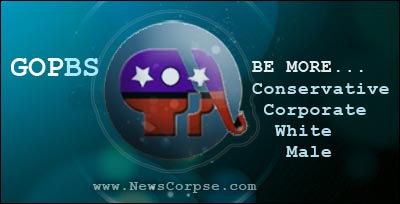 PBS is a frequent target of right-wing critics who attempt to spread the myth that the media is liberal. The proof of the contrary is evident in statistics like these. And further evidence is found in the leadership of the Corporation for Public Broadcasting, the source for the majority of oversight and funding of PBS. The CPB’s President is Patricia Harrison. She is a former chair of the Republican National Committee and was personally selected for the job by the former chairman of CPB, the irrepressibly corrupt Kenneth Tomlinson.

These Bush appointees formed the cornerstone of the most politicized public broadcasting infrastructure in its history. They presided over the accumulation of conservative programming and made the work of legendary journalists like Bill Moyers infinitely more difficult. Moyers is no longer with PBS. So perhaps it shouldn’t come as surprise to see the stark imbalance that is now ingrained in the network’s core programming.

Harrison’s tenure will be ending next year. Let’s hope that President Obama appoints a more credible and fair steward for our public broadcasting system.

3 thoughts on “PBS: A Bastion Of Conservative, White, Corporatist, Men”