The continuing saga of Fox News Chairman and CEO Roger Ailes just took a leap off a cliff. Longtime Ailes watcher and biographer, Gabriel Sherman of New York Magazine is reporting that:

“Roger Ailes’s tenure as the head of Fox News may be coming to an end. Rupert Murdoch and sons Lachlan and James — co-chairmen and CEO, respectively, of parent company 21st Century Fox — have settled on removing the 76-year-old executive, say two sources briefed on a sexual-harassment investigation of Ailes being conducted by New York law firm Paul, Weiss.” 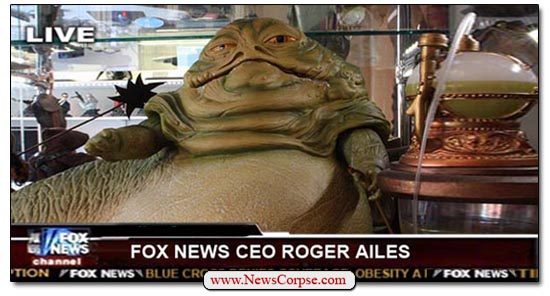 Sherman’s sources say that the Murdochs are torn between waiting to pull the trigger until after the Republican National Convention, or giving Ailes a choice to quit now or face being fired.

Ailes was recently named in a lawsuit by former Fox host Gretchen Carlson for sexual harassment, gender discrimination, and retaliation for reporting those abuses. The suit alleges that Ailes told her “I think you and I should have had a sexual relationship a long time ago.” And shortly after Carlson’s suit was filed numerous other women came forward with similar accounts of improper conduct by Ailes.

Roger Ailes long history of exploiting sex in the workplace has been well documented. The environment at Fox is known for making inappropriate demands on female staff, including wearing revealing clothes and engaging in other provocative behavior on-air. Sherman wrote in his biography of Ailes, “The Loudest Voice In The Room,” that Ailes has repeatedly given direction to his staff regarding the display of female body parts. For instance:

In addition to Gabriel’s reporting, NPR’s media correspondent David Folkenflik was told that Fox News, on Ailes instructions, made use of a “Leg Cam” that “goes directly for the legs.” And when host Megyn Kelly was interviewed by GQ (with an accompanying, and revealing, pictorial), she was asked about her own “glass table that shows off your legs.” She responded that “Well, It’s a visual business. People want to see the anchor.” That must be why Bill O’Reilly wears those low-cut blouses.

If these reports are correct then Ailes’ days at Fox are numbered. His role in creating the network, and serving as its chief executive for twenty years, could end in disgrace and humiliation. And for that to happen just as Fox News is covering their biggest GOP event of the year, it could have serious political ramifications for Donald Trump’s campaign as well. The Murdoch kids who are assuming control of the company are not likely to be as supportive of Trump as Ailes. This story is still unfolding, so stay tuned.

And the plot thickens: “Kelly has told investigators that Ailes made unwanted sexual advances toward her about ten years ago when she was a young correspondent at Fox.”