The frequency of mistakes, gaffes, and outright lies that are broadcast daily on Fox News would be challenging to correct. If, that is, they ever cared to. On the rare occasions when they issue a correction, it is often halfhearted and buried in justifications. Their corrections seem to function more as vindications than apologies. 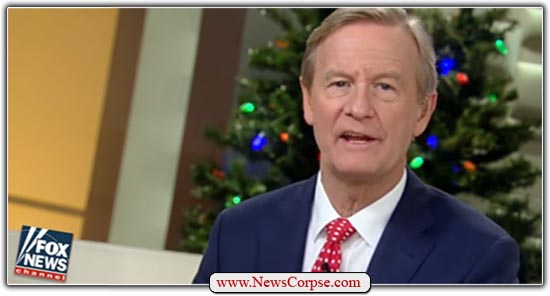 A perfect example of this occurred Monday morning on Fox and Friends. Co-host Steve Doocy looked sheepishly into the camera to address a segment from Saturday’s program. The segment featured Gen. Tony Thomas making a startling accusation that the New York Times was responsible for allowing a terrorist leader to escape. He said that the Army had a good lead on Islamic State leader Abu Bakr al-Baghdadi. “Unfortunately,” Thomas said, “it was leaked in a prominent national newspaper about a week later and that lead went dead.” Fox weekend host Pete Hegseth elaborated to charge that Baghdadi would’ve been captured if not for the Times. Of course, there’s no way he could know that.

More to the point, the claim by Thomas was not accurate. The Times responded in detail, pointing out that their original story contained only information that had been previously published elsewhere. What’s more, the Times had cleared their story with the Pentagon who had no objections to publishing it. Nor were there any objections made after it was published, which was two years ago. So the day after Fox’s erroneous report, the Times sent a letter to Fox News requesting an on-air retraction and apology. It said in part:

“Neither the staff at Fox & Friends, nor the writers of a related story on Foxnews.com, appeared to make any attempt to confirm the relevant facts, nor did they reach out to the New York Times for comment. We understand that the segment and story are based on a misleading assertion by Gen. Thomas speaking at a conference in Aspen. However, that does not alleviate Fox News of the obligation to seek information from all the stakeholders in a story. With this segment, Fox & Friends has demonstrated what little regard it has for reporting facts.”

The statement made by Doocy, however, hardly satisfied the request by the Times. He neither apologized, nor conceded that a correction was in order. Doocy described his remarks as “an update,” and then replayed the false comments by Gen. Thomas in full. Finally, Doocy told viewers they could read the Times’ full response on the Fox website, but didn’t provide a URL.

So Fox News exploited the opportunity to correct the record by further distorting it. Their audience got to see the General’s false comments again, but were not told they were false. Fox News never gave a full accounting of the story’s factual flaws, or provided the evidence supplied by the Times. In effect they said “Here’s what we said before, and if you want to know what the Times said, go look it up yourself.”

Naturally, Fox’s biggest fan, Donald Trump, was watching when the story was first broadcast. Within half an hour he had tweeted the fake news to his Twitter followers. Two days later his tweet is still online with no comment or correction. That’s typical of Trump, who has even less regard for the truth than his primary source, Fox News.

3 thoughts on “Fox News ‘Update’ of a False Story Smearing the New York Times, Just an Excuse to Re-Air It”