The Daily Beast just published an extensive interview of George Clooney. While the article is part of the rollout for his new film “Suburbicon,” it covered a variety of other subjects. Not surprisingly, many of them were about politics and politicians. 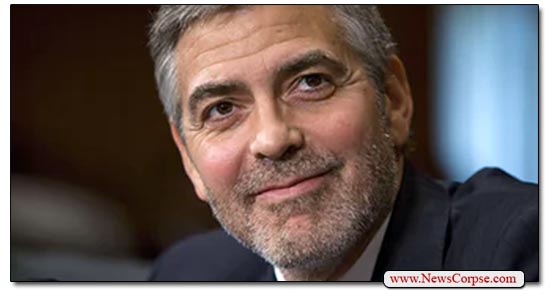 Clooney was asked about the 2016 presidential campaign and the flaws in Hillary Clinton’s candidacy. He talked about race and the overt bigotry embedded in Donald Trump’s campaign. The incident in Charlottesville, Virginia, came up, along with the Confederate flag controversy. When asked whether Trump was emboldening white nationalists, Clooney responded without mincing words:

“Well, think about it this way: if I was President of the United States and David Duke is praising me and the white nationalists were talking about how I was on their side, the first thing I would do is I would come out and say, ‘Fuck these guys. Anyone who believes this is not in my camp, I don’t believe it, and I completely reject it.’ Don’t play coy and claim that you don’t remember who David Duke is.”

Clooney went on to talk about political villains of the present (Steve Bannon) and the past (Richard Nixon). And he addressed the failings of the press that “abdicated their duty in the run-up to the election,” by catering to Trump’s media manipulation and sensationalism. But Clooney really hit his stride when the subject turned to the right’s demonization of so-called Hollywood elites. He shot down the idiotic talking point and lambasted the hypocrites who employ it. And he set his sights on one “coastal elitist” in particular:

“Here’s the thing: I grew up in Kentucky. I sold insurance door-to-door. I sold ladies’ shoes. I worked at an all-night liquor store. I would buy suits that were too big and too long and cut the bottom of the pants off to make ties so I’d have a tie to go on job interviews. I grew up understanding what it was like to not have health insurance for eight years.”

“So this idea that I’m somehow the “Hollywood elite” and this guy who takes a shit in a gold toilet is somehow the man of the people is laughable.”

But Clooney wasn’t finished. He had a few more things to say on the subject and a personal message for Trump:

“People in Hollywood, for the most part, are people from the Midwest who moved to Hollywood to have a career. So this idea of ‘coastal elites’ living in a bubble is ridiculous. Who lives in a bigger bubble? He [Trump] lives in a gold tower and has twelve people in his company. He doesn’t run a corporation of hundreds of thousands of people he employs and takes care of. He ran a company of twelve people!”

I have absolutely nothing to add to that.