The relentless efforts by Fox News to defend Donald Trump for anything and everything he does and says is well known to anyone paying attention by now. Their duties as the official State TV of the Trump presidency require them to abandon all reason and principle in order to prop up the President and crush his critics. And they fulfill these obligations with determined devotion, if not much in the way of logic or adherence to facts. 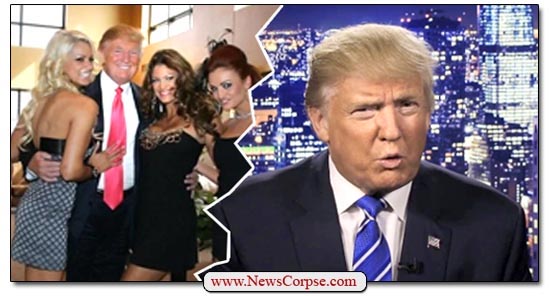 On Wednesday’s episode of Outnumbered, the four right-wing co-hosts welcomed former GOP congressman, and Benghazi fetishist, Jason Chaffetz to group as their so-called “One Lucky Guy.” The discussion included a venture into the breaking news about Trump’s “fixer” Michael Cohen and the tapes that were just released of him plotting with Trump to pay hush money to Playboy model Karen McDougal, with whom Trump had a longstanding affair.

As the conversation developed it was clear that there was no way to deny Trump’s bad behavior. He was cheating on his third wife who had recently given birth to his son, Barron. So the Fox crew had to shift to a defense that consisted of excusing the behavior, no matter how repugnant. And so that’s just what they did, beginning with co-host Melissa Francis, who tried to employ some classic “whataboutism” by maligning former Clinton attorney Lanny Davis (video below):

Francis: I think it’s a bit rich when you have the Clinton cleaner out there talking about the Trump cleaner. It makes you wanna jump in the shower and wash it all off and wash it off your brain. I guess Lanny Davis says ‘What’s the point? What’s this all about?’ It’s about truth and that the President lied.

Okay. I kind of assumed that from the beginning. I don’t know what this does for us.

Kennedy: I think most people have. That was the thrust of the whole Stormy Daniels, Michael Avenatti soap opera. It was somehow getting at the mysterious truth as though we’re being trolled and living in an episode of political X-Files: The truth is out there.

See what they did there? Since other people have behaved badly in the past, it doesn’t matter that Trump does it too. But it is a little surprising that Francis shrugs at Trump’s dishonesty as something that she assumes as a matter of course. And then Kennedy went into a rant about how all of this is just a series of distractions from both sides. She cites everything from the fallout of the Helsinki summit to Trump considering the revocation of security clearances of former Obama officials. These, of course, are all melodramas created by Trump himself that Kennedy is now insisting are distractions. And the fact that Trump lied isn’t newsworthy because everyone already knows that he’s a liar. This is Fox News making that argument.

They go on to defend Trump’s lying because “people who have affairs lie about it.” And somehow they are completely oblivious to the fact that these Fox News shills, and the whole Republican Party, supported the impeachment of President Clinton for that very thing. But now it’s such a minor point it should be tossed aside as a mere diversion that doesn’t warrant our attention.

You can be sure that if it were President Obama who was having an affair and was caught in a taped discussion about covering it up with hush money, they wouldn’t have written it off so gleefully. But their Dear Leader in the White House is so sacrosanct that he’s allowed to commit any sin or crime he wants to. That’s the privilege of demagogic cult leaders like Trump who command blind devotion from their disciples. Must be nice.