This week Donald Trump laid into his own Attorney General, Jeff Sessions, chastising him for having properly recused himself from the Russia investigation, and for not persecuting Trump’s perceived enemies. In Trump World the Department of Justice is his personal legal team who should be pursuing only those matters that advance his interests. That’s not the way the Constitution sees it. 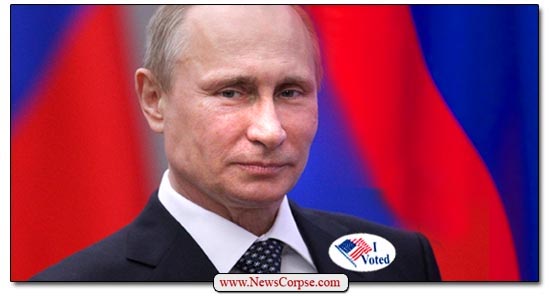 Perhaps to mollify Trump, Sessions is throwing him bone in the form of a set of indictments for voter fraud. This is an issue that has been close to Trump’s shriveled heart ever since he lost the popular vote to Hillary Clinton by more than 3,000,000 votes. The egocentric President has claimed repeatedly that this loss was the result of millions of illegal Clinton voters. But every study that has researched this has concluded that no such widespread fraud exists. That even includes the commission Trump empaneled, which was quickly disbanded having proved nothing. But none of that stopped Trump from exercising his active imagination:

The charges that Fox News is reporting involve nineteen (19) people who allegedly registered and/or voted in 2016, despite not being American citizens. The accused are from all over the world, including Mexico, Nigeria, Italy, Korea, and Poland. Which puts to rest the right-wing conspiracy theories that Mexicans are swarming into the country to take it over. Additionally, there is no indication who these people voted for, and it is just as likely that some of them supported Trump as Clinton.

Given that Trump has variously claimed that between three and five million people voted illegally, he’s only off by between 2,999,981 and 4,999,981. That’s actually not a bad effort by a president whose record for being 100% wrong (i.e. lying) is unmatched in American history. And while Trump was adamant about stopping non-citizens from south of the border tainting our elections, he had no objections to Vladimir Putin doing it.

To make matters worse, the Republican Party just voted to kill “A bill that would have significantly bolstered the nation’s defenses against electoral interference” and they did so “at the behest of the White House.” So Trump’s GOP cannot credibly claim to be interested in fair elections. And these new charges from the Justice Department really just reaffirm how rarely the sort of voter fraud that has Trump all verklempt actually occurs.