The past week has seen a flurry of unprecedented activity in Washington concerning the criminal probe of Donald Trump and his Confederacy of Crooks. Most noteworthy are the felony convictions and guilty pleas by Trump’s campaign chairman, Paul Manafort, and personal attorney, Michael Cohen. With respect to the latter, Trump was even implicated as a co-conspirator in unlawful campaign finance transactions. 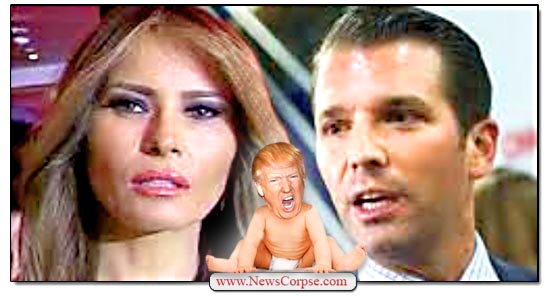 Also in the news were two of Trump’s closest associates who were granted immunity by federal prosecutors. David Pecker is the publisher of the National Enquirer, a tabloid that has gone to great lengths to shield Trump from negative publicity, while harshly attacking his opponents. He has also been a Trump friend and ally for more than two decades. Allen Weisselberg is the long-time chief financial officer of the the Trump Organization with knowledge of nearly everything that goes on behind the closed doors of Trump’s criminal enterprise. The fact that both of these people were offered and accepted immunity indicates that they were complicit in illegal activities and that they have information to share.

Not wanting to get left holding the bag, Trump himself is reported to be seeking an immunity deal. After all, why should he take the fall if he can point his bony fingers at other dumb suckers? Sources say that Trump is willing to spill his guts about the meeting with Russian operatives at Trump Tower that was set up by his son Don Jr. and Manafort. Nearly everyone involved in that secret meeting has lied repeatedly about what took place. And that includes Trump, who recently outed himself as having deliberately deceived the nation. Consequently, it will be interesting to get his testimony about what actually occurred, if he can be relied on to tell the truth (a longshot at best).

What’s more, Trump has been carefully watching the case of Rep. Duncan Hunter, who was just indicted on corruption charges. Hunter was the second person in congress to endorse Trump’s presidential campaign. It’s tangentially noteworthy that Trump’s first congressional endorser, Chris Collins, has also been indicted. And his third is the embattled Attorney General, Jeff Sessions.

Of particular interest to Trump is Hunter’s legal strategy of blaming his wife for any wrongdoing. It’s a bold move that most defendants (or decent people) would shy away from. But Trump appears to regard it as a show of strength and a sign of masculinity. Therefore, he is also offering the special counsel incriminating information on his wife, Melania. The First Lady has not been been implicated yet in any of the shady dealings by Team Trump, but the President believes he can link her to nefarious activities due to her being an immigrant with suspect loyalties to America.

This concession to the Mueller and company is a stark turnaround for Trump who has expressed in no uncertain terms his utter disdain for “flippers.” He regards them as “rats” and conversely sees people who resist cooperating with law enforcement as being loyal to their fellow mobsters. But then Trump is getting some very dodgy legal advice which he says comes from the shows he watches on TV.

It is not known whether Mueller is considering immunity for Trump. For one thing, he doesn’t appear to have any information on the sort of bigger fish that immunity is generally granted to hook. He is the biggest flounder in the cesspool. Furthermore, his request just smells like another stab at desperation to avoid being impeached, indicted, and imprisoned himself. For those and other reasons, Trump may be disappointed in his quest to escape responsibility for his misdeeds and corruption. Perhaps he’d have more luck if he had an embarrassing video of Vladimir Putin in a Moscow hotel with urinating hookers. Oh wait, that was Trump too.