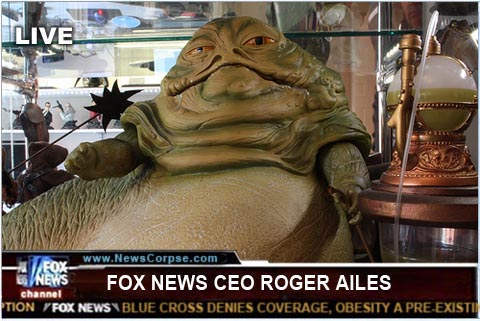 The article said that Ailes had asked Judith Regan, then head of a publishing unit at News Corp’s HarperCollins, to conceal her affair with Bernard Kerik, whom President Bush had nominated to be Secretary of Homeland Security. Kerik was an associate of former New York mayor Rudy Giuliani who was mounting a presidential campaign. Giuliani was a friend of Ailes.

Giuliani’s nascent campaign might have been grounded before takeoff if news of Kerik’s affair had gotten out. Plus, there were concerns that Regan had information about Giuliani that would also have been embarrassing for the candidate.

Fragments of this story were revealed in a lawsuit that Regan had filed after Ailes fired her, but no names were disclosed. The new story in the Times fingers Ailes as the executive who had told Regan to lie to investigators.

This revelation could have harsh consequences for Ailes. His actions may constitute a federal crime. Short of that, it could impact his status at Fox News. Having a chairman who is potentially a criminal, and whose alleged criminal activity was aimed at protecting a political ally, is not the sort of thing a news network ought to condone. Lucky for Ailes, the only thing his network has to do with news is that they put it on their logo.

In keeping with their aversion to reporting the news, Fox News has blacked out any coverage of the story about Ailes. This story has been picked up by dozens of news enterprises including the New York Daily News, Forbes, USA Today, Politico, and the Hollywood Reporter, since having been reported first by the Times. But in the Murdoch empire it doesn’t exist. It is unquestionably newsworthy subject matter involving the head of one of the nation’s biggest media companies. It contains all the elements of compelling reading, including crime, sex, and political and corporate intrigue. Yet there has been no sign of it on Fox News, or in the Wall Street Journal, or in the New York Post, or on Fox Business Network. Neither has it been covered by notable conservative news outfits like the Washington Times, or Andrew Breitbart’s “Big” sites, or WorldNetDaily, or Human Events, or National Review, or NewsMax, or the Weekly Standard.

Perhaps even more disturbing is the fact that there has yet to be any mention of this by the big broadcast networks, ABC, CBS, and NBC. These networks in the past have taken pains to cover for Fox News when it has been under attack for shoddy and biased reporting. There seems to be a mutual defense treaty in the television news community that calls for members to support one another, even though Fox isn’t actually a news network by objective standards. But what other explanation is there for the broadcast nets to ignore this story while their colleagues in print are all over it?

This is our so-called “liberal” media at work. The chairman of the top cable news network is accused of a federal crime that involves political shenanigans, and much of the press averts their eyes and waves it off. And while the media at large deserve criticism for not honestly informing the public, the Murdoch empire earns extra condemnation for hypocrisy. After all, they have unrestricted access to the subject of this scandal, yet they choose to shield him.

[Update:] The industry trade paper AdWeek confirms that News Corp has failed to report on the allegations against Ailes.