If there’s one thing we know about Donald Trump, it’s that he will say anything to exalt himself and slander his opponents. It doesn’t matter whether there is any speck of truth to his ranting. And during times of crisis, this character flaw presents a very real risk to the welfare of the nation. The danger that Trump is putting us in has never been better demonstrated than by his saber-rattling over Iran. 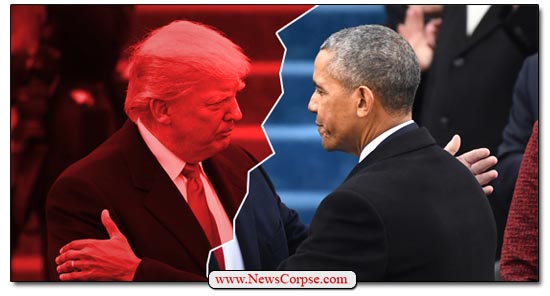 The reports about the shooting down of a U.S. drone are still lacking substantive evidence of whether or not it had violated Iranian airspace. And it would foolish to take Trump’s word for anything given his propensity for lying. What’s more, these rising tensions are directly attributable to Trump’s own policies. He thought that by pulling out of the six-nation agreement to denuclearize Iran that Iran would would back down and submit to further, unspecified restrictions. Instead, Iran has become more aggressive and confrontational.

So Trump’s plan backfired badly. And now we are on the brink of a conflict that nobody wanted. Or maybe not. Trump himself has speculated about the benefits of a war with Iran. He has openly expressed his opinion that it would be helpful in a reelection campaign. That would be especially true for a candidate with approval numbers as dismal as Trump’s But he wasn’t talking about himself:

@BarackObama will attack Iran in the not too distant future because it will help him win the election. If the… (cont) http://t.co/WEJd30pR

In order to get elected, @BarackObama will start a war with Iran.

Remember what I said about @BarackObama attacking Iran before the election–I hope the Iranians are not so (cont) http://t.co/0uQsm9t4

Just as I predicted, @BarackObama is preparing a possible attack on Iran right before November. http://t.co/ISaJp1xo

I always said @BarackObama will attack Iran, in some form, prior to the election.

Don't let Obama play the Iran card in order to start a war in order to get elected–be careful Republicans!

I predict that President Obama will at some point attack Iran in order to save face!

Remember that I predicted a long time ago that President Obama will attack Iran because of his inability to negotiate properly-not skilled!

Could Trump have possibly been more wrong, more often? That’s nine times between November 2011 and November 2013 that Trump accused President Obama of plotting to incite a war with Iran. And, of course, none of it was true. However, his belief that such a plan would be beneficial to a candidate in a tough reelection campaign says a lot about what he may be thinking now that he finds himself in that position today. Is he trying to improve his own floundering prospects in the manner that he believed would have been successful for Obama? Will Republicans take his advice to “be careful” now that the political tables have turned?

If so, he’s doing it very badly. After tweeting what appeared to be a direct threat that “Iran made a very big mistake!,” Trump backpedalled saying “I find it hard it believe it was intentional.” In other words, he’s now floating the notion that it was literally a mistake. It’s a weakening that can only serve to embolden Iran.

Trump is pursuing this ill-advised strategy a time when his administration is bereft of experienced, qualified advisors. He currently has no Secretary of Defense, no U.N. Ambassador, no Secretary of Homeland Security, and a war mongering National Security Advisor (John Bolton) with whom he has had painfully public disputes, including on the subject of Iran. This does not bode well for America. And it’s another reason why Trump should have been impeached long ago. It’s not too late – hopefully.

2 thoughts on “Wag the Dog: Trump’s Threats to Iran Mirror His False Accusations Against Obama”