On Wednesday morning Trump invited the press – you know, the “enemy of the people” – into the White House to make an announcement about his new initiative to ban flavored e-cigarettes. He is apparently very concerned about a recent report that a sixth person has died from lung disease associated with vaping. 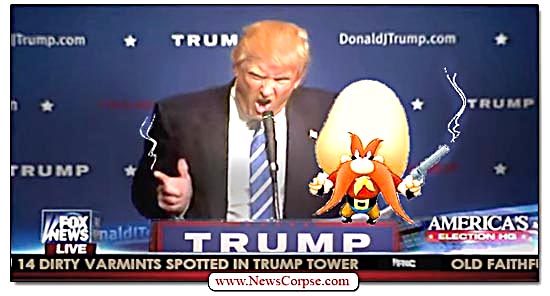 This is a legitimate problem that potentially affects millions of people, including children, who have taken up the habit. And there hasn’t been enough research to establish the safety of this relatively new product. However, there is something peculiar about the rapid response with which Trump is moving to limit access to e-cigarettes. If six deaths ever from vaping is a serious enough crisis to push through a virtual prohibition on an otherwise legal product, why isn’t 313 deaths this year alone enough of a crisis to enact common sense gun reforms?

Many conservatives and Trump Republicans make the argument that restrictions on access to assault-style guns won’t prevent people from acquiring them. But they seem to believe that similar restrictions will be effective on e-cigarette smokers. That’s a contradiction they cannot explain away. At the same time, they are driven to action by a half dozen vaping-related deaths, but fight tooth and nail to protect their right to own military weapons intended solely to mutilate the human body, despite being responsible for the deaths of hundreds of people at schools, churches, and malls.

During his brief visit with the press (video below), Trump revealed that he is “looking at vaping strongly” because “it’s very dangerous” and that “children have died.” Of course, all of that is true many times over for guns and mass shootings. He also asserted that “we’re going to have some very strong rules and regulations.” Which he is vigorously obstructing with regard to guns and accessories like large capacity magazines. He elaborated saying that…

“Vaping is becoming a big business as I understand it, like a giant business in a short period of time. We can’t allow people to get sick and we can’t have our youth be so affected. And that’s how the First Lady got involved. She’s got a son — together that is a beautiful young man, and she feels very, very strongly about it. She’s seen it. We’re both reading it. A lot of people are reading it. But people are dying.”

First of all, it’s curious that Trump has noticed that Melania has a son, as if he has nothing to do with it. But more to the point, Trump’s observation that “people are dying” from vaping seems especially callous when he can’t make the same connection to the far more numerous fatalities caused by easy access to killing machines that have no justifiable purpose for anyone other than soldiers and police officers.

It’s hard to dismiss the likelihood that Trump’s reluctance to take any action on guns is due to his alliance with – and/or fear of – the National Rifle Association. He has repeatedly made hollow, insincere gestures toward reform efforts, only to abandon them after talking to his pals at the NRA. And it’s fair to say that Big Tobacco has a firmer grip on Trump and the GOP than Big E-Cig. Since the e-cigarette industry doesn’t have anything comparable to the NRA lobbying on their behalf, they will end up being regulated in short order. And Americans will continue to be mowed down by assault weapons thanks to the self-serving, cold-blooded, depravity of Trump and his Re[publican Nationalist Party.

"We cannot allow people to get sick": Trump comments on the move to ban flavored vaping products after hundreds of cases of a mysterious illness were linked to e-cigarettes (via @tictoc) https://t.co/4xxm9RDDju pic.twitter.com/wjLMpGmWOH