So where does an ultra-conservative television network go after the loathsome president they propped up for four years is cast out of office by a decisive majority of the American people? Well, if you’re Fox News you go shopping for programming that is even more radically right-wing and overtly offensive. 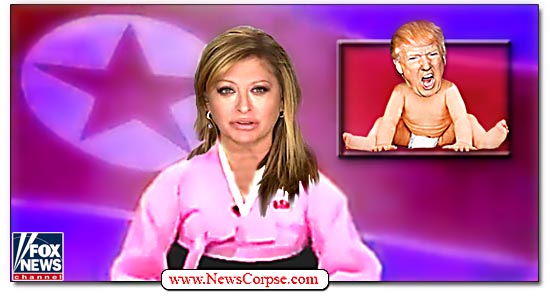 That’s the path that was recently announced by Fox’s management following the humiliating loss by Donald Trump to Joe Biden last November. Fox News struggled to maintain their support for the twice-impeached Trump with brazenly dishonest propaganda. They aided and abetted his relentless attempts to spread blatant lies about election fraud, despite having no evidence. Even after Trump was caught provoking a seditionist assault against Congress, and aligning himself with the conspiracy crackpots who orchestrated and carried out the assault, Fox News continued to back him up. That’s what he gets for favoring them with nearly exclusive rights to his softball interviews for four years.

Now Fox News is pondering its future in the wake of a season of ratings declines. For the first time in years, Fox finds itself in third place after CNN and MSNBC. And this isn’t a fleeting moment in the cable news game. Fox’s ratings have been in freefall since the November 3rd election. Along with the audience’s dissatisfaction, Fox has also picked some competition from newcomers, Newsmax and One America News Network (OANN). So the patriarch of the Fox media empire, Rupert Murdoch, has retaken the reins from his son Lachlan to reimpose the extremist wingnuttery that he believes put Fox at the head of the cable news class.

NOTE: Murdoch’s other son, James, is not exactly on board. He recently released a public statement condemning the “toxic politics” and “disinformation” of “propagators of lies.” He didn’t actually cite Fox News, but his description made the connection unavaidable.

The result of Murdoch’s intervention is a new program anchoring their primetime schedule. It’s called simply “Fox News Primetime.” They probably paid a marketing consultant a fortune to come up with that. But that isn’t the worst of their problems.

The new program represents yet another shift of airtime to more ultra-conservative opinions. It will launch with a rotating cast of temporary hosts. The first week will have Brian Kilmeade of Fox and Friends in the anchor’s seat. He will be followed by Maria Bartiromo, Katie Pavlich, Mark Steyn, Rachel Campos-Duffy, and former U.S. Representative Trey Gowdy. What they all have in common is that they are all white wingers with an unflinching devotion to conservative politics in general and Trump in particular.

While each of them have earned their own disrepute as individuals, Bartiromo has distinguished herself as Fox’s Senior Trump-fluffer. No one on the network comes to close her drooling sycophancy. So handing her a spot in primetime signals that Fox News is determined to own the rabid wing of the Republican Party. In other words… Same as it ever was.