Media Matters has compiled a list that is a good starting point for the media to address the lies Mitt Romney told during the town hall debate last night. The problem is that the press is so timid and accustomed to dishonesty on the part of Romney that they don’t consider it news and thus ignore it. After all, the Romney campaign has already stated publicly that they won’t let their campaign be dictated by fact-checkers.

One notable lie that was left out was Romney’s assertion that he had sought out women for his administration when he became governor of Massachusetts. This was the part of the debate where he coined the now legendary phrase “Binders Full of Women.” As it turns out, his tale was another tall one that doesn’t hold up to scrutiny. 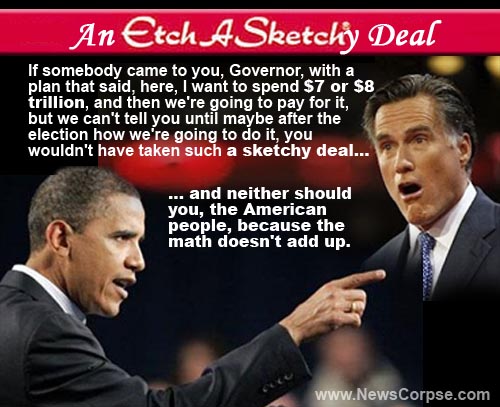