This past week saw an unusual amount of media attention focused on a singularly non-newsworthy event. The big story of the week involved a United States senator who droned on interminably without ever saying anything of much substance. That’s about as significant a news item as a plane landing safely in clear weather. In fact, it’s pretty much what every senator does every day. 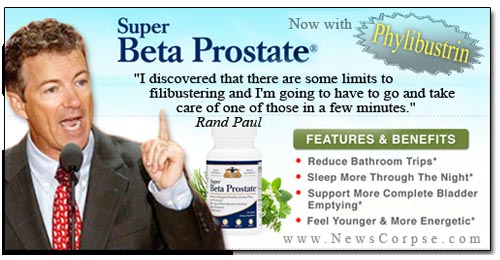 However, for some reason, Rand Paul’s soliloquy has captured the attention of the press and an adoring congregation of conservative true-believers. The beatific praise that Paul has garnered exceeds that of nearly every other right-wing idol competing for the limelight. Here is some of what is being said about him since his solo outing:

That’s a lot of glory for the dubious achievement of not shutting one’s mouth for thirteen hours. The filibuster was premised on a fallacy having to do with paranoid fears of President Obama advocating a drone strike program in America. There has never been any suggestion of that and when PolitiFact checked into the validity of the charge they rated it false.

Nevertheless, Paul persisted in his quixotic endeavor for a purpose that cannot be fathomed. He succeeded only in tying up the senate for a couple of days when there are numerous other critical matters to be resolved. And the specific matter that he was holding up, the nomination of John Brennan as CIA Director, was completed just a few hours after Paul’s filibuster ended with a successful confirmation.

The underlying issue of military drones is a serious matter and deserves discussion. In fact, there are probably areas in which the left and right will agree with regard to their use and abuse. But Paul’s stunt did nothing to further that discussion. To the contrary, it inhibited it because no conversation other than his monologue could take place while he held the floor.

What is not particularly surprising is the affection sent his way for this carnival side show. The GOP is famous for showering plaudits on their most inane spokespersons. They create heroes out of nitwits with nothing to offer but bluster and venom. During the Republican primaries last year there were fleeting leads for questionable characters like Michele Bachmann, Herman Cain, Rick Perry, Donald Trump, Rick Santorum, and Newt Gingrich. They all had temporary moments in the sun when they were regarded as the second coming of conservatism. And they all receded back into relative obscurity after the sunlight exposed their all too apparent shortcomings.

The same sort of ephemeral adulation was offered to one-time objects of idolatry like Sarah Palin, Chris Christie, Paul Ryan, and Bobby Jindal. They too have lost some or all of their luster. But they represent exactly the same values that are now propping up Rand Paul. Values that have the shallowest basis for admiration. It is nonsense like “death panels,” and birth certificates, and legitimate rape, and electrified border fences, and denial of climate change and evolution, and prohibitions against gay marriage and reproductive choice, that has driven the GOP to its lowest levels of support in decades. It is why Gov. Jindal has castigated his Republican colleagues saying that they have to stop being the “Stupid Party.”

That’s a tall order for a party that has made ignorance a plank in their platform. For that reason it is hard to imagine that Paul’s celebrity will last any longer than any of the other briefly revered rightists. Either a newer, more stridently conservative contestant will supersede him, or he will say or do something that will turn the applause into jeers. And it doesn’t take much, as Gov. Christie learned when he toured the hurricane damage in New Jersey with the President. As a tactical gesture, Obama could deep six Paul’s presidential aspirations by simply proposing legislation that prohibits the use of drones in the U.S. against citizens who are not engaged in combat or treasonous activities. As soon as Paul endorses anything supported by this president his hopes for higher office will be dashed for ever.

As bad as this environment is for Republicans seeking to attain relevance, it is equally disturbing that the media is so easily seduced by the most trivial actions. Paul’s stint as rodeo clown produced nothing he can brag about. He delayed more important matters, ran his mouth off, and preened for press photos. At least Jimmy Stewart’s “Mr. Smith” kept going until he was in near physical collapse. Paul, on the other hand, only quit because his bladder gave out. That’s not a particularly dramatic ending for the historians who will be composing the account of this episode. Just imagine if Patrick Henry was immortalized for having bravely demanded, “Give me liberty or let me pee.”