The long awaited appearance of Tea Party Queen Sarah Palin at the Conservative Political Action Conference finally went off this morning with a speech that the CPACers gobbled up voraciously. However, as might have been expected by more coherent observers, Palin’s remarks never addressed much of substance.

The entirety of Palin’s Obama bashing and wingnut homilies was broadcast live by Fox News, who didn’t bother to air any of Mitt Romney’s speech yesterday. That should tell you something about Fox News that you probably already knew.

Perhaps the biggest applause line of the speech was after she regaled the crowd with an amusing joke about her boobs. That’s right, her BOOBS! And if you wonder how she worked that into the monologue, it was with reference to the Second Amendment. Still wondering? While extolling the joys of gun ownership, Palin told a story wherein her romantic hubby Todd gave her a gun rack for Christmas. In return, she gave him a shiny new gun. Whereupon she delivered the hilarious punch line: He got the rifle, I’ve got the rack. And the crowd goes wild. 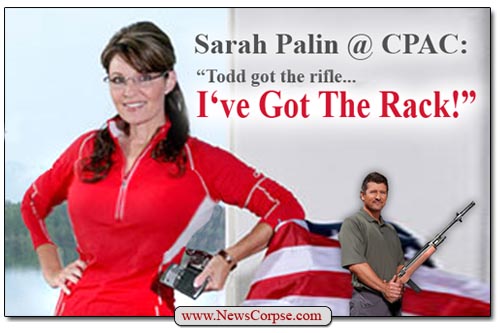 The only other notable quote from her insomnia-curing oratory was a rather ironic jab at President Obama. She said that “We don’t have leadership coming out of Washington. We have reality television.” 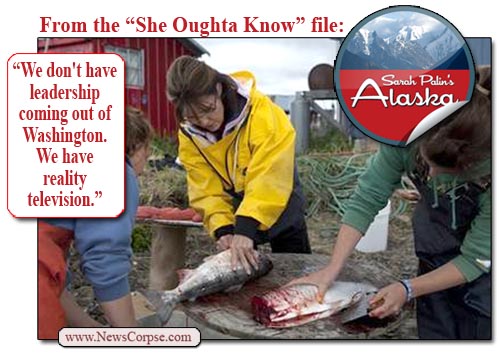 What’s more she opined that it was bad reality television. Well…..I guess she should know it when she sees it.

4 thoughts on “Sarah Palin At CPAC: Todd Got The Rifle, I’ve Got The Rack (Teat Party?)”