In the first two days of the Conservative Political Action Conference, the right-wingnut contingent was out in force and was not holding back on their animus and denial. They still believe that the reasons for their losing are related to poor messaging, not poor messages. So even with the highest rated cable news network blasting their propaganda 24/7, and polls showing that the American people overwhelmingly prefer the solutions advanced by Democrats, Republicans continue to cling to ideas that have been soundly rejected by voters.

That is, of course, good news for Democrats and President Obama. The more that rightist stars shine their light on absurdities and overt hatred, the more people will be repulsed and gravitate toward the left. Some examples of the tone-deaf rhetoric emanating from the CPAC ballrooms include these utterances from their heroes:

Donald Trump is very unhappy that the social safety net, that he and the right would love to see unravel, cannot be loosened without sacrificing votes: 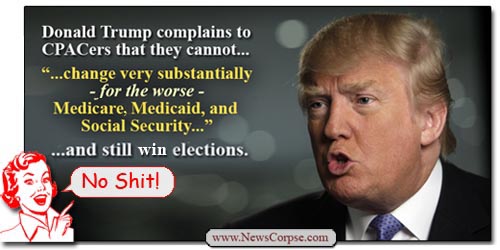 Allen West, the guy who says there are 70 card-carrying communists in congress, also thinks that his battle against his ideological opponents on the left is analogous to fighting terrorists. 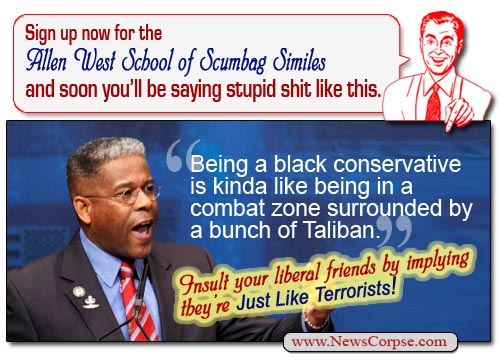 And Marco Rubio doesn’t want to be perceived as a bigot just because he holds bigoted views:

It is that sort of demented rancor expressed by these GOP Tea-holics that is keeping the party from corralling any support, particularly from minorities and young voters. Yet after throwing such temper tantrums, whose only purpose is to malign their perceived enemies, they persist in the delusion that their policy prescription is fine and it’s just their media, and in some cases their candidate selection, that is flawed.

No matter what they say about their presentation of conservatism, they had a fair shot with “severely conservative” Mitt Romney, and they lost. They had the most powerful name in media at their back, and they lost. The 2012 election pitted Obama against a right-wing onslaught that hit every plank in the far-right platform, and they lost badly. [Note: Although MSNBC and CNN both aired Romney’s CPAC speech live, Fox News ignored it entirely]

CPAC is doing precisely what it was intended to do: Spotlight the cream of the rightist crop. They cannot whine about deficient messaging when this is the all-star roster they themselves put on the field. The only problem that conservatives have is that their ideas are stuck in an archaic past, and they didn’t even work then. When they realize that and begin to adopt sensible policies that the American people favor, they might win back some support. But as things stand today, they are stubbornly holding fast to outdated and unpopular schemes designed to benefit the rich. And judging from the performances at CPAC, they don’t plan to change their grating tune.