On April 6th Fox News and Glenn Beck announced that his program would be “transitioning” off the air. Reminds me a little of when Charlie Sheen was transitioned off of Two and a Half Men. And so, as the chalk dust settles, it is time to look ahead. 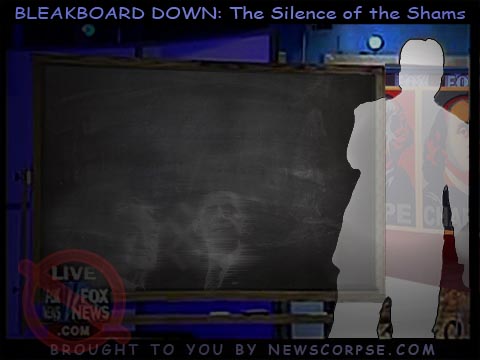 On April 1st, just a few days prior to this announcement, I rather prophetically “revealed” a list of candidates that Fox News was considering to replace Beck. It included such conservative luminaries as Ann Coulter, Andrew Breitbart, and Ted Nugent. Now I would like to offer my own musings on how Fox could fill their 5:00pm slot.

The Favorite: Judge Andrew Napolitano. He is currently the most frequent fill-in host for Beck and holds almost identical views. If anything, he leans even further off the ledge by openly asserting the 9/11 Truther position that the World Trade Center attack was an inside job.

The Gender Card: Laura Ingraham. She has the reliably wingnut views that are a prerequisite for Fox anchordom. More importantly, she fulfills Fox’s blonde quotient. She’s paid her dues filling in for Bill O’Reilly and would bring a sizable radio audience, just as her predecessor did.

The Young Turk: Eric Bolling. He currently hosts a program on Fox’s floundering business network and may be due for a transfer to the mother ship. He has filled in for Beck and appears as a guest on several Fox shows. But this guy may want it too bad. His delivery is that of someone in a permanent state of shock. On second thought, he may have shot.

The Lone Stranger: Juan Williams. Fox shelled out $2 million for Williams when he was booted out of NPR. By giving him his own show they might be able to justify that ridiculous outlay for an occasional commentator. Plus they would fill a dual demographic hole in their schedule by promoting an African-American liberal. However, that is also two strikes against any Fox News hopeful. Even though Williams is barely a liberal, the fact that he isn’t batshit insane might be enough to disqualify him alone. And since Fox’s audience is more than 98% white, the race card isn’t worth much to them.

The Dark Horse: G. Gordon Liddy. This former Watergate burglar would love to bring his radio shtick to television. He has a loyal following and would be able to retain all of Beck’s survivalist products advertisers. He would provide a consistent transition for the American Patriopaths who revere God, gold, and guns.

Of course, there are plenty of other options for Fox. They could poach Rick Santelli from CNBC. He’s the guy who got the whole Tea Party parade marching. Or they could just stretch Bret Baier’s program for an extra hour. That would be cheap and it would refocus the network on news – something which with they have little experience.

And then there’s my favorite contestant: Victoria Jackson. She has Tea Party cred and is guaranteed to never say anything that would go over the heads of the Fox viewers – or their kids.