On Monday night Jimmy Kimmel devoted a portion of his monologue to explaining why he was not on the air last week. Shortly after the birth of his son it was discovered that the child had a serious heart defect that required emergency surgery. A clearly emotional Kimmel told the story (video below) of how the problem was discovered and fixed. Thankfully, the child is expected to make a full recovery. 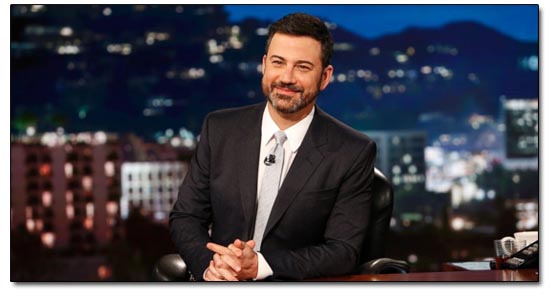 Sadly, it seems that nothing will fix the heart defects in conservatives who wasted no time in attacking Kimmel. Their outrage was incited by Kimmel’s audacity to advocate for all Americans to have access to the life-saving healthcare that his family had. What follows are some examples of what Republicans consider family values:

Sorry Jimmy Kimmel: your sad story doesn't obligate me or anybody else to pay for somebody else's health care.

@CecileRichards @jimmykimmel You don't have a right to unlimited access to money earned by someone else.

In addition to these sick wingnuts, Media Matters found several other repulsive characters who believe that only kids whose parents have money should be allowed to live. It’s an ideology that is right in line with a party that opposes food and shelter for underprivileged children as well. It’s aligned with the policies of GOP representatives like Robert Pittenger (R-NC). He thinks that families with sick kids can just move to states with more compassionate healthcare. That, of course would mean selling their home, leaving family and friends, and hoping they could find a new job. His colleague Mo Brooks of Alabama is no better. He offered a ludicrous defense of TrumpCare by saying that…

“It will allow insurance companies to require people who have higher health care costs to contribute more to the insurance pool that helps offset all these costs, thereby reducing the cost to those people who lead good lives.”

Huh? So in Brooks’ view, Kimmel’s infant son was not living a good life. That evil urchin. Serves him right. And what does Kimmel’s sad story have to with healthcare anyway? That, at least, is the position of Fox News who managed to do a segment on the monologue without ever mentioning ObamaCare or Kimmel’s plea to support it. Maybe Fox should ask President Obama about that:

Well said, Jimmy. That's exactly why we fought so hard for the ACA, and why we need to protect it for kids like Billy. And congratulations! https://t.co/77F8rZrD3P