In the four unbearably long months that Donald Trump has been president his administration has achieved nothing but scandal and worldwide embarrassment. However, the biggest threat to Trump’s presidency and the Republican Party has always been the prospect of other Republicans abandoning him to save their own necks. Until that happens he faces only moderate risk from the criticism of Democrats. 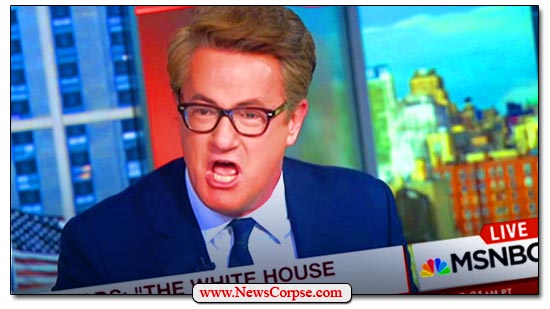 Well, the GOP dam is about to burst. The flood of Republicans distancing themselves from Trump is growing. For the most part that’s due to the tsunami of evidence accumulating about his unsavory connections to Russia. And his own statements that amount to confessions of obstruction of justice don’t endear him to his colleagues either. But while Russia is the most troubling of Trump’s basket of scandals, it isn’t the only one.

Friday morning a prominent Republican and MSNBC TV anchor was through with the brazen dishonesty of Trump’s brand of Republicanism. Joe Scarborough shocked his Morning Joe panel by firing off an impassioned commentary (video below). The trigger was Trump’s director of the Office of Management and Budget, Mick Mulvaney. At a Senate hearing Mulvaney flatly declared that Trump’s proposed budget would not cut Medicare. That’s an assertion that is plainly contradicted by reality. Or as Scarborough out it, it’s a “certifiable lie.” And that was just the beginning.

Scarborough continued with the question that formed the basis of his righteous rant. “Why do the Republicans,” he asked emphatically, “keep looking into cameras and lie?” It would be too easy to reply that “that’s all they’ve got,” or “it’s in their blood.” Scarborough himself couldn’t come up with a satisfactory answer. But his exasperation was showing. He railed against his party pals saying that:

“You’re cutting $850 billion in Medicare for the poorest of the poor. If you want to do it, embrace it. Don’t lie about it. Stop lying about it. We know you’re lying about it. We’re not stupid. And you Republicans in the House have been lying non-stop.” […]

This is the kind political crack in the wall that precedes massive defections. And it isn’t just limited to a specific policy. Scarborough made a point of connecting the lies of the GOP with its leader. Saying that “I understand Donald Trump lies all the time,” Scarborough recognized that the fish stinks from the head. And he warned his party peers that “You are selling your soul if you just keep lying about things.”

The only question now is how long it will take for the retreat to reach a tipping point. No elected Republican is willing to lose their seat to defend a crumbling administration that is mired in accusations of criminal conduct with hints of treason. When the light of truth is switched on they will scurry to political safety like startled cockroaches. The thing that voters will need to remember is that, even in their darkened crevices, they are still cockroaches.

Must-watch. @JoeNBC rips into Republicans: "Why do the Republicans keep looking into cameras and lie?" https://t.co/8ZNV55OXAo