On Sunday morning Donald Trump’s favorite TV show, Fox and Friends, was engaged in their customary Trump-fluffing parade of propaganda. The President had just embarrassed the nation at the G7 meeting where he advocated for Russia, insulted American media, and made sure to blame all of his failures on his predecessors in the White House. 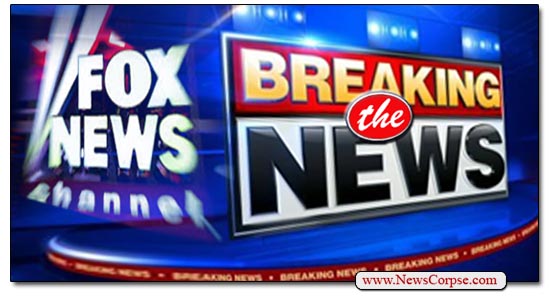 Just prior to jetting off to Singapore for a summit with North Korea’s Kim Jong Un, Trump also tossed a rhetorical grenade back at Canada. He called Prime Minister Justin Trudeau a liar and refused to join the other six member nations in a joint communique. The meeting that he previously described as “very, very successful,” was ditched as total waste of time. So naturally Fox News heartily praised Trump as a visionary leader who can do no wrong. Well, except for “Curvy Couch” potato Abby Huntsman, who had this to say as Trump arrived in Singapore:

“Regardless of what happens in that meeting between the two dictators, what we are seeing right now, this is history.”

Oh my. Dr. Freud may want to consult on this little slip. But never fear, Huntsman must have been alerted to her “mistake” by a rattled control room, and she quickly gave an on-air apology:

Ordinarily Fox News will not apologize for their obvious and egregious misstatements and deliberate lies. That’s a trait they share with the President they love so much they emulate him. When they do apologize it’s usually in a tweet or a press release that no one but newsroom insiders ever see. Fox News has still never apologized for their slanderous stories about the murdered DNC employee, Seth Rich. Just last night Fox’s Jesse Watters did a segment where he ran a video of violent right-wingers but said they were anti-fascist demonstrators. There has been no apology or correction. Neither have there been any corrections for the innumerable falsehoods of Donald Trump that Fox parrots as facts.

But Huntsman did apologize for accidentally – and some would say correctly – calling Trump a dictator. That’s because they wouldn’t want to let any negative impressions of Dear Leader go uncorrected. But all of the times they “inadvertently” disparaged Democrats or liberals are left to stand despite being alerted to the mistakes and called upon to correct them.

We’re still waiting for Abby Huntsman to apologize for saying Trump is “a phony and desperate for media attention,” in this 2015 segment when she worked for MSNBC:

Everyday Donald Trump burdens America with more reasons to be embarrassed by his infantile behavior. This would be disturbing if he were just a real estate investor or a TV game show host. But as the President of the United States it’s downright terrifying. Trump’s emotional immaturity is a national security risk that needs to be addressed before he does some lasting harm to the nation or the world. 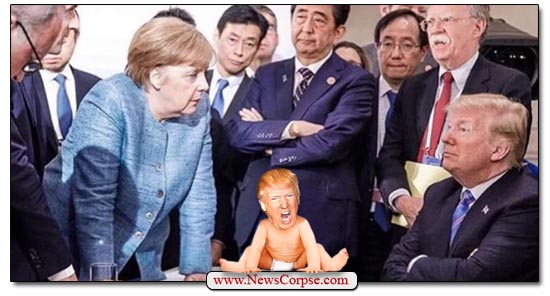 The latest example of Trump’s ill-mannered peevishness came at the conclusion of the G7 meetings in Canada. Trump held a mini press briefing to give his summary of the conference before jetting off to Singapore for a summit with North Korea’s Kim Jong Un. He spent much of that time whining about how the U.S., in his opinion, was treated unfairly by the world (which he blamed on his predecessors in the White House) and how dishonest the media is (always the victim). Nevertheless, Trump hailed the results overall saying that “We’ve concluded a really tremendously successful G7.” And when asked about his relationship with the other members he rated it as a “ten” on a scale of zero to ten.

That era of good feelings, however, didn’t last long. A few short hours later, Trump demonstrated that he is thoroughly unstable and untrustworthy as a national leader. His reaction to comments by Canadian Prime Minister Justin Trudeau revealed his fatally flawed mental state and inability to grasp or deal with international relations. What rankled Trump was Trudeau’s remarks that Canada would respond in kind to Trump’s threats of tariffs on Canadian goods and services. Trudeau said that:

“It would be with regret, but it would be with absolute certainty and firmness that we that we move forward with retaliatory measures on July first applying equivalent tariffs to the ones that Americans have unjustly applied to us. I have made it very clear to the President that it is not something we relish doing, but it is something that we absolutely will do. Canadians: we’re polite, we’re reasonable, but we also will not be pushed around.”

This was not a new position on Trudeau’s part. It was exactly what he told Trump during the G7 meeting. But Trump seemed to have taken the public pronouncement in a bizarrely personal way. He almost immediately tweeted:

Based on Justin’s false statements at his news conference, and the fact that Canada is charging massive Tariffs to our U.S. farmers, workers and companies, I have instructed our U.S. Reps not to endorse the Communique as we look at Tariffs on automobiles flooding the U.S. Market!

PM Justin Trudeau of Canada acted so meek and mild during our @G7 meetings only to give a news conference after I left saying that, “US Tariffs were kind of insulting” and he “will not be pushed around.” Very dishonest & weak. Our Tariffs are in response to his of 270% on dairy!

Trump didn’t bother to specify which statements by Trudeau he considered false. But that hardly matters, he never does. What really stands out as an erratic reaction is Trump’s decision not to sign onto the G7’s concluding communique. He appears to think that because the G7 meeting was held in Canada this year, that it is a Canadian enterprise and, by not signing, he is punishing Trudeau who he is mad at right now. In fact, he is insulting all six other members of the allied organization who the communique represents.

Also notable is that Trump liked Trudeau when he thought he was “meek and mild.” But now that Trudeau is standing up to him, Trump is throwing a tantrum and refusing to play nicely. Trump inexplicably considers Trudeau’s determination to represent the best interests of his country as “dishonest and weak.” Clearly the only problem Trump really has with Trudeau is that he is not capitulating to the wannabe dictator of America.

This spectacle of juvenile vengefulness is a bad omen for Trump’s next meeting (which he doesn’t think he needs to prepare for). Unlike Trudeau, Kim Jong Un is not an American ally. Nor can Kim be expected to be nearly as genteel and cooperative as Trudeau. Trump has already gone off half-cocked with Kim by manically scheduling, then canceling, then rescheduling this summit. And now he’s going to meet with Kim in a foul mood due to his perception of having been disrespected by Trudeau. It certainly can’t help matters with Trump going into this like a colicky infant. In fact, it will only exacerbate his notoriously ineffective negotiating skills that are further weakened by his willful ignorance. If we get through the next week without giving away Hawaii or launching any nuclear missile we should consider ourselves fortunate.