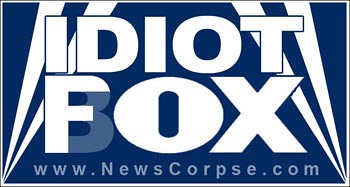 Ed Brayton at Science Blogs has caught a classic example of hypocrisy from a member of the class that made an art of it: the Bush administration.

Former Bush press secretary Dana Perino was on Fox News this weekend and commented on a video produced for the White House web site. She was appalled that the administration would post videos in support of its own agenda and implied that it represented some kind of affront to a free press and democracy:

[T]he White House decided through its own media — they have a robust new media shop and they’re creating their own news and they’re posting it, and all the networks said that they’re not going to show it. But creating your own news is something that happens in repressive regimes. And a democracy is — it is critical to have a good, strong free press in a democracy.

Let’s dissect the idiocy of this comment. First of all, you cannot accuse the White House of “creating your own news” in the sentence following your observation that “all the networks said that they’re not going to show it.” If no news network is showing it then it is simply an informational video available only to visitors to the White House web site.

Secondly, if anything, this affirms the strong free press Perino is lamenting. Obviously they are making up their own minds with regard to what they consider news. If they they don’t want to broadcast the President’s video, they don’t have to. And according to Perino, they aren’t.

But most importantly, Perino has deliberately withheld her own complicity with assaults on the free press as a member of Bush’s press team. It was the Bush administration that repeatedly packaged phony news reports that they distributed to television stations with the intent that they be broadcast in whole. These pseudo-news reels were produced with a fake “anchor” and were aired by many stations without disclosing that they came from the Bush propaganda studio.

Under the Bush administration, the federal government has aggressively used a well-established tool of public relations: the prepackaged, ready-to-serve news report that major corporations have long distributed to TV stations to pitch everything from headache remedies to auto insurance. In all, at least 20 federal agencies, including the Defense Department and the Census Bureau, have made and distributed hundreds of television news segments in the past four years, records and interviews show. Many were subsequently broadcast on local stations across the country without any acknowledgement of the government’s role in their production.

This sort of deception was routine in the Bush years. They were also caught paying Armstrong Williams under the table to write glowing reviews about their education policy, “No Child Left Behind.” The Bush Pentagon was entangled in a scandal wherein they paid editors of Iraqi newspapers to publish articles secretly written by American soldiers praising the war effort and the occupation of Iraq. And let’s not forget Jeff Gannon, the right-wing mole who was planted in the White House Press Corps under Bush. Or the irrepressibly corrupt Kenneth Tomlinson, who chaired the Broadcasting Board of Governors which oversees the Corporation for Public Broadcasting.

Then there was what may be the worst episode of propaganda aimed directly at Americans in our nation’s history: SPINCOM. This was a program run out of Bush’s Pentagon that served up former generals to news networks as military analysts. They were trained by the Pentagon to promote the administration’s agenda and were rewarded with access and contracts for the defense companies they represented. And none of this was disclosed to viewers, or even to the networks.

The abuse of an independent and unfettered press under Perino and her bosses was unparalleled. For her to criticize the current administration for posting some videos online, while ignoring her own participation in a full-blown propaganda operation, specifically targeting the media and the American people, is the pinnacle of hypocrisy and dishonesty. Add to that the fact that she made these assertions as an employee of Fox News and it is at least evidence of the following: She and Fox are bona fide experts on repressive regimes and propaganda.