Here we go again. The right-wing nut cases who think that Ebola infected terrorists are streaming across the border to confiscate our guns, get free abortions, vote for Democrats, and gay marry atheist children, have a new delusion to occupy their twisted attention. 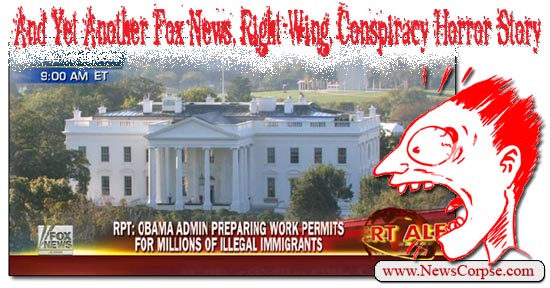 The usual conservative media mouthpieces like WorldNetDaily, Breitbart News, Townhall, Newsmax, and of course, Fox News, are all reporting that there is a plot afoot by the Obama administration to grant amnesty to some 34 million “illegal” aliens soon after the midterm election. To put that number into perspective, that’s more than three times as many undocumented immigrants as are currently estimated to be in the United States. It’s a third of the entire population of Mexico. If they all occupied a new state it would be the second most populous state in the country after California with 38 million.

Where would they all go? No one is saying. It’s enough just to float the conspiracy and get the Tea Party dimwits riled up and fearful of something other than Ebola and ISIS for a couple of hours.

This new panic attack was triggered by a report that the U.S. Citizenship and Immigration Services put out a call for a vendor that could produce between four and nine million Green Cards and/or work permits a year for a five year contract. What the idiots in the rightist press conclude from that is that Obama is planning to issue all 34 million of those documents in a mass ceremony sometime around Christmas.

We have seen this sort of stupidity crop up before. The last incarnation of this sort of nonsense was a frightful scenario wherein the Department of Homeland Security had published a vendor request for more than a billion bullets. In the minds of the nutcases on the right, that was evidence that the DHS was plotting a response to some impending Zombie-driven civil unrest that would require the government to shoot every person in America five times.

In both of these cases of mass hysteria there was a simple explanation. The government, like any large enterprise, purchases routine supplies in advance and in bulk in order to get better rates. With the bullets, they were used in both field work and, more often, in ongoing training exercises. As for the immigration documents, they are often issued for new arrivals as well as replacements for lost or damaged documents. In many cases they are temporary and reissued for various types of applicants including migrant workers and technology consultants and even rock stars who come and go many times throughout the year. Work permits are even issued to American minors who take summer jobs.

But leave it to Fox News and their sleazier cousins to make this into a doomsday plot by a determined and evil president bent on destroying the purity of our white, Christian utopia. Seriously, do these people ever get tired of being scared by fake pronouncements of doom? Do they feed off of fear like some Star Trek alien life form? Maybe if the rest of us all keep thinking happy thoughts it will weaken and float away into space. Wouldn’t that be a happy thought? 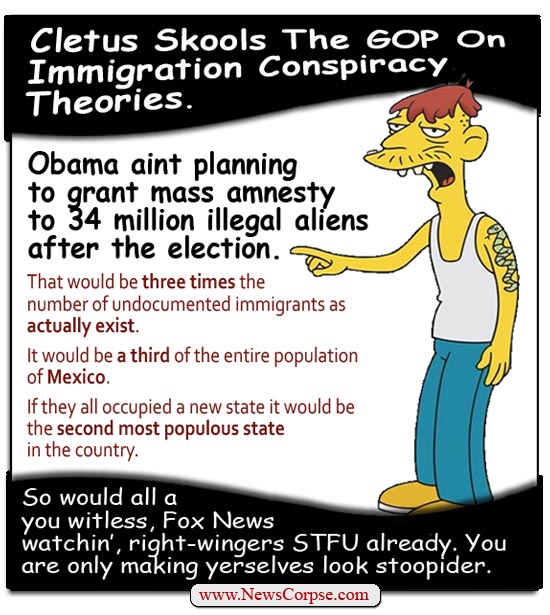