Last week President Obama defied the wild-eyed yammering of Republicans who claimed that any executive action addressing immigration reform would be be unconstitutional and mark him as a lawless tyrant who is thwarting the will of the American people. The President ignored their rancorous grumbling and announced a reasonable plan of prosecutorial discretion that has been invoked by every president for the past fifty years, and which 135 experts agree is legal. Not to mention, it is in keeping with our nation’s longstanding values of inclusion and opportunity. 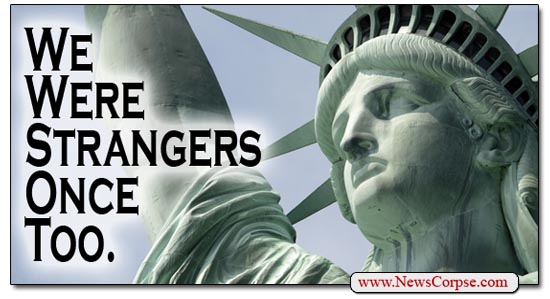 Notwithstanding these facts, the GOP is so fixated on opposing anything that this president does, they took their positions to the media and brazenly lied. With characteristic lock-step unity, they insisted that they knew what Americans want and that Obama was flouting their clearly expressed wishes. Here is a sampling of their interpretation of the public mood:

These statements could not be more definitive in their estimation of what the American people think about Obama’s executive action on immigration. They could also not be more wrong. Where these wingnuts got these ideas is a complete mystery. It certainly doesn’t reflect either the exit polling following the election earlier this month. Nor does it reflect the more recent polling that spelled out the precise conditions of the policy. Hart Research found that…

Setting aside the Tea Party (always a good idea), it is clear that Obama’s views are more aligned to those of the American people than with the bombastic and presumptive Republicans. And not only do people support the President’s action, they agree that he is acting within law by 51% to 41%.

What is most curious about this whole debate is that the GOP has such hatred for the executive action Obama took, but they refuse to do the simplest, quickest thing to nullify it. All they have to do is pass a law. They don’t even have to write one. It already exists and was passed by a bipartisan majority in the Senate. If John Boehner would allow it to be voted on in the House it would pass tomorrow, be signed by the President and – poof – no executive action.

Instead the GOP talk of blocking every bill and presidential nominee that comes before them. They threaten to file lawsuits that would take years to wind their way through the courts and would be moot by the time they were heard. And they even raise the specter of impeachment, another ultra-drastic response that would take months and accomplish nothing but making Joe Biden the next president.

In conclusion, Obama is not acting like a tyrant and Americans don’t buy the criticism of him as one. However, Americans do favor his approach to immigration reform by wide margins despite the protestations from the GOP. The only thing that Republicans have to gain from their current strategy is a generous pension after they are retired from public service in 2016. We wish them luck.