This evening’s news that a New York grand jury could not find cause to indict a police officer, despite having video of him choking the victim, Eric Garner, is calling into question (again) the inadequate and unfair administration of justice as it is applied to African-Americans and other minorities. 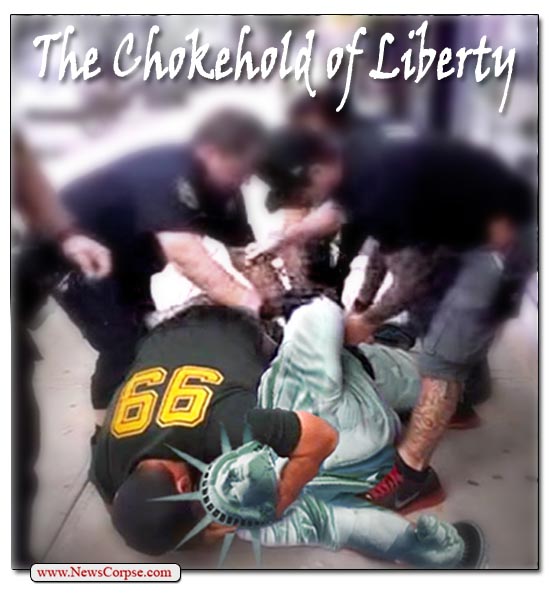 This outcome is inexplicable. It is such a shocking miscarriage of justice that even some of the most stalwart conservatives are having trouble coming to terms with it. For starters, Bill O’Reilly said that Garner “did not deserve what happened to him.” And many of his colleagues on Fox News agreed.

Bill O’Reilly: Upon seeing the video that you just saw and hearing Mr. Garner say he could not breathe, I was extremely troubled. I would have loosened my grip.

Charles Krauthammer: From looking at the video, the grand jury’s decision here is totally incomprehensible. It looked as if at least they might have indicted him on something like involuntary manslaughter at the very least … The crime was as petty as they come. He was selling loose cigarettes, which in and of itself is absurd that somebody has to die over that.

Judge Andrew Napolitano: There was ample evidence to indict; and the grand jury made a grievous error by not doing so.

Greta Van Susteren: We don’t do the death penalty for selling cigarettes illegally on the street.

[Just added] Glenn Beck: How this cop did not go to jail and was not held responsible is beyond me. 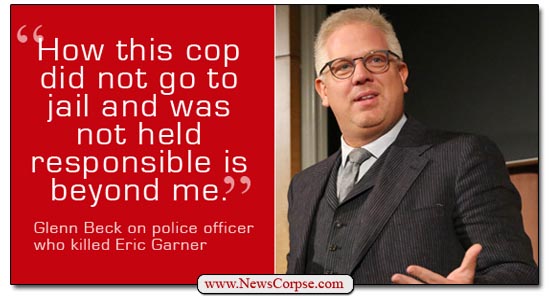 Garner was strangled by an officer, Daniel Pantaleo, using a chokehold that violates the police department’s guidelines. His offense was selling single cigarettes, a crime on the order of jaywalking. And he cried out several times that he couldn’t breathe. It is absolutely unconscionable that a man can be killed under these circumstances without anyone being held to account by a court of law. The grand jury’s only role is to ascertain whether the evidence supports remanding the case for trial. They do not decide guilt or innocence. But if this video isn’t sufficient evidence to warrant a jury trial, then what on Earth is?

While the right-wing Fox News pundits above were moved to disagree with the grand jury’s decision in the hours following its announcement, a more recognizable Fox narrative eventually began to unfold. It took some time but they figured out ways to blame the victim as a criminal who was resisting arrest and was in poor health to begin with. Simultaneously they exonerated the cop as doing his job by confronting a much larger man and using a “safety belt” hold that doesn’t choke (in complete contrast to the video evidence). Now that’s the Fox News we know.

In the meantime, Republican pols came out of the gate swinging with New York congressman Peter King thanking the grand jury and attributing Garner’s death to his asthma. And the GOP congressman representing the Staten Island district where the death occurred also praised the obviously broken system. Rep. Michael Grimm said that…

“There’s no question that this grand jury had an immensely difficult task before them, but I have full faith that their judgment was fair and reasoned and I applaud DA Donovan for overseeing this case with the utmost integrity.”

It is fair to assume that Grimm’s opinion does not represent many of his constituents. And ironically, Grimm himself is currently under a 20-count indictment for business and campaign violations of law. When a man like Grimm is your defender, while Bill O’Reilly and other Fox News pundits have sympathy for the victim, there is something terribly wrong. Grimm was just reelected last month. Here is Rep. Grimm threatening to throw a reporter off of a balcony:

One thought on “The Chokehold of Liberty: How The Grand Jury Failed Eric Garner And America”