A report from Business Week reveals that Rupert Murdoch is keen on electing Republican governors. His News Corp donated a million dollars to the Republican Governors Association in June. 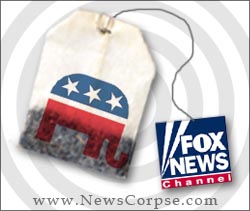 This is a significant contribution to a partisan electoral committee. There are 37 governorships on the ballot this year. Democrats currently hold a majority of state houses, Republicans hope reverse that. And since this is census year, the control of state governments can have a huge impact on the make up of Congress for the next decade by managing the redistricting process.

It should come as no surprise to political observers that partisans on both sides are lining up to support the party they regard as most sympathetic to their views. Unions will back Democrats. Wall Street and Oil companies will back Republicans. But what makes this unique is that the media are supposed to be unaffiliated politically. How can they produce unbiased coverage of electoral issues while they are spending millions to benefit one side. Can we really expect them to be critical of the GOP when they are bankrolling their campaigns?

Not that Murdoch’s news enterprises have ever produced unbiased coverage in the first place. His Fox News, the Wall Street Journal, the New York Post, Fox Radio, etc., have made it their business to advocate on behalf of the GOP for years. Their anchors and reporters routinely bash Democrats and liberals. But the funds they are providing to the RGA will result in further Democrat bashing which Fox News will dutifully report on the air. And no doubt the RGA will allocate a considerable amount of their advertising budget to Fox News and other Murdoch entities. So Murdoch is effectively putting that money right back in his own pocket while advancing the goals of Republican candidates.

This is one of the most disturbing consequences of the modern media environment where giant corporations have been permitted to control so much of the press. They are devoted only to their own fiduciary interests as opposed to the public interest. Their international stature means that have no loyalty to any particular nation including the United States. Yet they can provide virtually unlimited funding to influence elections that impact the lives of millions of actual citizens who cannot hope to match that kind of political philanthropy. And with the recent ruling in the Citizens United case, these corporations can now expand their charitable largess to federal campaigns. Congressman Paul Hodes and Senator Chris Dodd have each introduced legislation in their respective chambers to reverse Citizens United, but there is still much work to be done.

What Can You Do?

If we don’t succeed in returning control of our elections and our media to the people, we will continue to see perversions of democracy like that which News Corp is engaging in. Media corporations can’t serve the public while simultaneously financing partisan politics and padding their bank accounts, all at the public’s expense.

Note that many organizations, including unions and media companies, play both sides of the fence. But News Corp is the only media enterprise that contributed to just one party. Fair and balanced my ass.