It’s official. The Fox News primary has declared a winner as dictated by its captain and CEO, Rupert Murdoch. 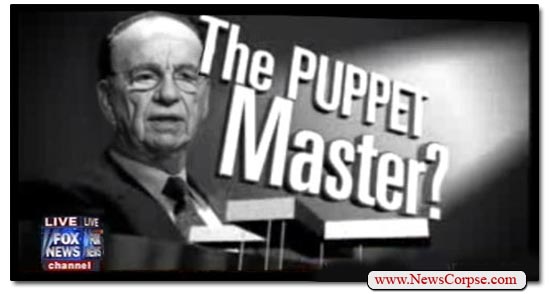 According to Politico, Murdoch dismissed the latest speculative entrant to the race, Mitt Romney saying that “He had his chance,” and that he was “a terrible candidate.” Murdoch also was upset at Romney “for failing to deflect criticism that he was ‘super rich.'” That seems like a rather personal complaint by another member of the “super rich” society. But it is totally in keeping with Murdoch’s position from 2012 when he announced that he wanted Romney to win and “save us from socialism” but was not impressed by his campaign.

Murdoch went on to lavish faint praise on several other prospective candidates, while taking it back in the same breath. He said that he liked Rand Paul very much, but was skeptical about his foreign policy. He granted that he “wouldn’t write off Chris Christie,” which is a way of conceding that Christie was already written off by many others. He called Scott Walker “an interesting candidate” who lacked charisma. And he saved his harshest remarks for Ted Cruz about whom he said meeting him was “quite an experience,” but that he had “a record of very questionable political judgment.” The one candidate whose compliments were not offset by criticism was Jeb Bush, about whom he said simply that “I like Jeb Bush very much.”

Having spilled his guts to the media, Murdoch has once again demonstrated his utter disrespect for his role as the baron of a massive journalism empire. His ethical lapses have an impact that transcends this little gathering of wingnut colleagues. It is impossible for his minions at Fox News, the Wall Street Journal, the New York Post, and the rest of his fiefdom, to ignore his choices. Indeed some of them are already falling in line. Fox News contributor Karl Rove warned that Romney’s “reticence” would do him in as a candidate. And Sarah Palin was adamant that Romney sit it out because the party needs “new blood. Fox’s alleged Democratic pollster (who always seems to find fault with Democrats), Doug Schoen, said that Bush “gives the Republicans their strongest candidate.”

So when the campaigns begin in earnest later this year, what will we make of reporting from Fox News and other Murdoch properties that skewer Romney, Cruz, etc, while promoting Bush? Would that be cast as mere coincidence, or direction from the boss? Time will tell.