Gabriel Sherman has been writing about Fox News for many years and has been the source of several major scoops. He is the author of a biography of Fox CEO Roger Ailes (The Loudest Voice in the Room), and his sources are deeply embedded in the organization and are generally reliable. His columns for New York Magazine have exposed the inner workings of the network such as one of the possible reasons that Fox kowtows to Donald Trump (he has dirt on Ailes). 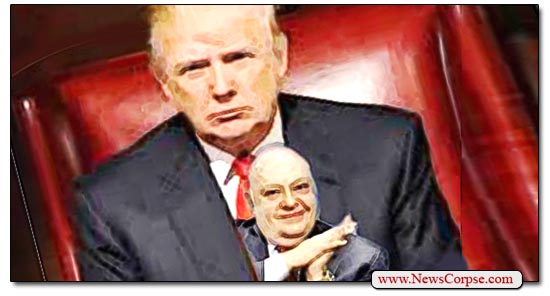 In his most recent column, Sherman addresses the discovery that Fox’s Megyn Kelly visited Trump at Trump Tower to try to cool his burning animosity toward her and to perhaps get him to appear on her special for the Fox Entertainment Network next month. It’s an interesting read, but one part of it diverges from the main topic to present an even juicier dilemma for Fox.

In the course of unraveling the melodrama in progress between Fox, Trump and Kelly, Sherman makes an observation about Fox’s primetime programming that deserves further analysis:

“Fox’s lineup is more in flux than it has been in years. According to sources, Sean Hannity is the only prime-time personality who has recently reupped for another term. O’Reilly, who turns 67 this year, has yet to commit. If Ailes were to lose Kelly and O’Reilly, Fox’s evening schedule — the source of most of its advertising revenue — would collapse. ‘There’s not much of a bench,’ one veteran Fox executive says. And CNN is already nipping at Fox’s lead in the key advertising demographic of 25-to 54-year-olds (though Fox still has more total viewers).”

Indeed, Fox would be up a creek if it lost O’Reilly and Kelly. Needless to say, the suits will try everything they can to avoid that doomsday scenario, but with O’Reilly getting way past his expiration date, and Kelly getting money and opportunity thrown at her from all directions, Fox may not have any say in the matter.

So how would Fox fill the void left by its two biggest stars? They have traditionally promoted from within, but as Sherman’s source notes, “there’s not much of a bench.” They surely couldn’t elevate their morning “curvy couch potatoes” (Steve Doocy, Brian Kilmeade, Ainsley Earhardt) to primetime. Their afternoon roster is dominated by Neil Cavuto (who is also anchoring a show on Fox Business Channel and serves as Exec VP of business for both networks), Shepard Smith (whose portfolio is breaking news), and Bret Baier (who is the networks version of a “legitimate” nightly news anchor), so none of them would slide easily into a nightside opinion format.

There are minor players among the contributor class at Fox who simply don’t have the gravitas to pull off the promotion. They include people like the terminally lightweight Eric Bolling, the smug Tucker Carlson, and the perpetually angry Kimberley Guilfoyle. None of them have either the appeal, the depth of knowledge, or the broadcasting skills to carry their own show.

However, there is one person on the roster who, at any other network, would be on the short list for a primetime slot. Juan Williams has been with Fox for nearly twenty years. He has appeared on virtually all of their programs as a guest, as well as a co-host for some including the currently running The Five. He has also filled in as host on The O’Reilly Factor. There’s just one problem: Williams is considered to be the “liberal” on Fox News (although I would dispute that characterization), and despite their claim of fairness and balance, they would never hand over an hour of primetime to someone who wasn’t a committed conservative. Oh, and there’s one other thing that might be an obstacle for Fox: He’s black.

So Fox is either going to have to hand over some valuable TV real estate to one of their pedantic, third rate seat fillers, or go outside the family to bring on a radio nutcase like Mark Levin or Laura Ingraham. Or they could snag a bona fide cable star like Duck Dynasty’s Phil Robertson. And since most of the contracts in question will expire after the 2016 election, they might also consider from among the losers of that race. As I wrote a few months ago, Roger Ailes was asked about this and indicated an interest in Chris Christie and Carly Fiorina.

But I thought Ailes was missing the obvious choice, and someone with experience hosting a vapid television show that was comprised mainly of fakery: Donald Trump would be a promising choice to fill the whole primetime schedule all by himself (which he would probably insist upon). He has everything Fox News requires: He will shamelessly lie to advance right-wing propaganda. He will engage in childish fights with his guests. He will completely mutilate the news into an unrecognizable heap of bullshit. It’s pretty much what Fox’s primetime stars do now. And he has plenty of experience having been on Fox more than most of its regular anchors over the last ten months, so viewers won’t notice much of a change. And the last thing Fox wants to do is startle their audience into perhaps waking up.