Adweek just named Fox News CEO Roger Ailes their Media Visionary of 2015. Presumably he earned that honor by presiding over a cable “news” network best known for being the mouthpiece of the Republican Party and a purveyor of radical right-wing propaganda.

In an interview of Ailes he was asked “which of the GOP candidates would be a good fit as a Fox News analyst?” Ailes’ response first noted that “half of them” had already worked for Fox. Actually it was just four: Ben Carson, Mike Huckabee, John Kasich, and Rick Santorum. But that’s still a record number of presidential candidates who were former employees of a news network.

Returing to the question, Ailes cited Chris Christie as someone who is “good on TV. I think he’s gotten a bum rap in this race.” That vote of confidence isn’t surprising since Ailes tried unsuccessfully to recruit Christie to run for president in 2012. 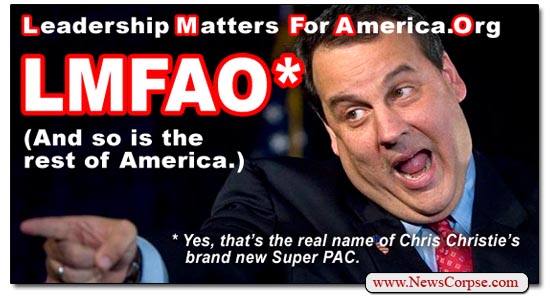 Ailes also praised Carly Fiorina about whom he said she “has been on the stage with 15 men twice and she’s beat them, twice. That’s pretty good.” But somehow, I think Ailes is missing the obvious choice for a Fox News personality from among the GOP’s losing candidates.

Donald Trump has proven to be a huge ratings draw for Fox. The first Republican debate that featured Trump saw their audience swell to a record 24 million. Although the appeal is of the same sort that causes people to gawk at gory traffic accidents, ratings are ratings. Trump has experience on television hosting a show that was called “reality” but was actually total bullshit, pretty much like everything on Fox News now. And the Fox News audience loves to be lied to, a big advantage for someone like Trump who is a pathological liar (see the Trump Bullshitopedia for a collection of his numerous lies).

There’s just one little problem. While Ailes says that he has a cordial relationship with Trump, he’s about the only person at Fox who does. In the past few weeks Trump has burned just about every bridge he’s crossed. He said of Megyn Kelly that she “is the worst” and has a “terrible show.” He called Karl Rove a “total fool” and “a biased dope.” He said that George Will is a “broken down political pundit” and “boring.” Chris Stirewalt was deemed “one of the dumbest political pundits on television.” Trump laughed off Charles Krauthammer as “a totally overrated clown,” “a loser,” and “a dummy.” And wrapping up the whole network for his disapproval, he tweeted that he was “having a really hard time watching Fox News.” Then he called on his followers to boycott the network. And for good measure, Trump took a swipe at the Fox family’s newspaper saying that the writers at the Wall Street Journal are “dummies.”

Perhaps Trump’s childish outbursts might not be a problem after all, They might instead be the sort of moronic melodrama that ignites small minds and makes stars of Kardashians. But notwithstanding his gross vulgarity, Trump would fit right in at Fox. He is a bombastic, liberal-hating, misogynistic, racist who has no problem fertilizing the ignorance of his audience with his own pitifully stupid and dishonest world view.